The Supreme Court ruled today in Zivotofsky v. Kerry that the President has exclusive power of recognition of foreign sovereigns, and that a congressional attempt to force the President to recognize sovereignty over Jerusalem (by Israel) impermissibly intrudes on the President's power.

The ruling is a decisive win for the presidency over Congress in the area of recognition of foreign sovereignty. It also puts an end to this highly politicized case involving U.S. recognition of sovereignty over Jerusalem.

Recall that Congress enacted legislation requiring the State Department to put "Israel" as the country-of-birth on a passport of any U.S. citizen born in Jerusalem, upon the request of the passport applicant. President George W. Bush signed the legislation, but with a signing statement saying that this was unconstitutional. The State Department has long had regs that say that only "Jerusalem" (and not "Israel") go on the passport of a U.S. citizen born in Jerusalem, so as not to tilt the balance toward one side on the sensitive question of who has sovereignty over Jerusalem.

Our argument review is here.

Justice Kennedy wrote the Court's opinion, joined by Justices Ginsburg, Breyer, Sotomayor, and Kagan. Justice Kennedy said that the text and history of the Reception Clause (giving the President power to "receive Ambassadors and other public Ministers") gives the President alone authority to recognize foreign sovereigns. He wrote that the text and purpose of Section 214(d) of the Foreign Relations Authorization Act--which required the State Department to list "Israel" as the country-of-birth for a U.S. citizen born in Jerusalem, upon the passport applicant's request--intruded on that authority. 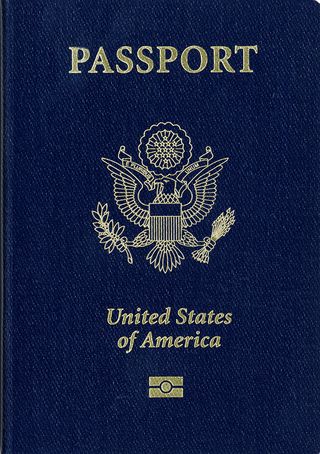