While the monument was a gift and no public funds were expended to acquire the monument, the court agreed that its placement on the Capitol grounds constituted the use of public property for the benefit of religion, emphasizing that the constitutional provision included the words “directly or indirectly.” 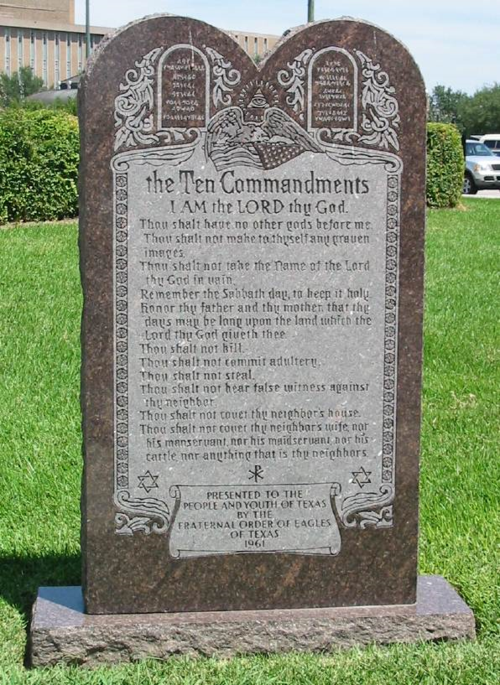