In United States Supreme Court's fragmented and closely divided decision in Kerry v. Din, the majority rejected the procedural due process argument of a naturalized American citizen to an explanation of the reasons supporting a denial of a visa to her noncitizen husband.  Justice Scalia, writing for the plurality and joined by Thomas and Chief Justice Roberts, concluded that she had no cognizable liberty interest attributable to her marriage.  Justice Kennedy, joined by Alito, would not reach the liberty interest issue because the process here was all that was due.  Justice Breyer, dissenting, and joined by Ginsburg, Sotomayor, and Kagan, would affirm the Ninth Circuit and find that she had a cognizable liberty interest and that more process was due in the form of a more precise and factual explanation.

So what might this mean for Obergefell?  Most obviously, the dissenting opinion by Breyer, and joined by Ginsburg, Sotomayor, and Kagan, articulates an expansive liberty interest in marriage under the Due Process Clause that could be easily imported into Obergefell.  On Justice Kennedy's concurrence, joined by Alito, the clear signal is that Justice Scalia's refusal to recognize a liberty interest in marriage is not one to which they are subscribing - - - in this case.  Given that Justice Kennedy, as author of the Court's opinions Windsor, Lawrence, and Romer v. Evans, is being closely watched as potential author of an opinion in favor of Obergefell, there is nothing in Din that would mitigate that judgment. As for the plurality, Justice Scalia's derogation of substantive due process has a familiar ring that might be echoed in his opinion in Obergefell, with an emphasis on history.  While Justice Thomas is widely expected to agree with Scalia's position, does the Chief Justice's joining of Scalia's opinion in Kerry v. Din signal a disapproval of recognizing any liberty interest in marriage?  Perhaps.  But perhaps not.  Consider this:

Unlike the States in Loving v. Virginia, 388 U. S. 1 (1967), Zablocki v. Redhail, 434 U. S. 374 (1978), and Turner v. Safley, 482 U. S. 78 (1987), the Federal Govern­ment here has not attempted to forbid a marriage. Although Din and the dissent borrow language from those cases invoking a fundamental right to marriage, they both implicitly concede that no such right has been infringed in this case. Din relies on the “associational interests in marriage that necessarily are protected by the right to marry,” and that are “presuppose[d]” by later cases estab­lishing a right to marital privacy.

Indeed, under this view, as the Court made clear in Zablocki, there must be a "direct and substantial" interference with marriage in order for there to be a liberty interest.  The Court in Zablocki distinguished Califano v. Jobst, 434 U.S. 47 (1977) - - - which the Court in Din does not cite - - - which found no constitutional infirmity with altering social security benefits upon marriage.  In short, the marriage was not "forbidden," it was simply subject to certain regulations in another the complex social security scheme, not unlike the complex immigration scheme.

So for those who might attempt to predict the various positions of the Justices in Obergefell based on Kerry v. Din, there is certainly much "play." 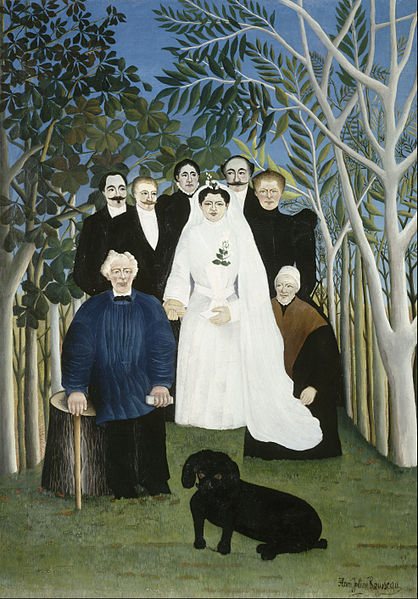