In a closely - - - and interestingly - - - divided opinion today in Walker v. Texas Sons of Confederate Veterans, the Court's majority decided that Texas's specialty license plate program is government speech and therefore rejected the First Amendment challenge to the denial of a specialty license plate requested by the Texas Sons of Confederate Veterans.

Justice Breyer delivered the Court's opinion, joined by four Justices, Ginsburg, Sotomayor, Kagan, and - - - Thomas.  The dissenting opinion by Justice Alito was joined by Chief Justice Roberts, Scalia, and Kennedy.  And while Justice Breyer has become known for his appendices, this opinion has a simple one: the image of the rejected Sons of Confederate Veterans plate.  Meanwhile, Alito's dissenting opinion has a more extensive appendix; it includes the images of 58 specialty plates that Texas has approved. 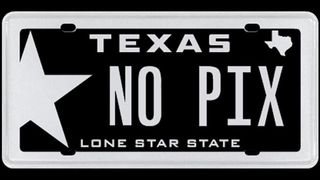 As was evident in the oral arguments, and is frequently the case in First Amendment speech controversies, there was a definite choice of doctrine at stake.  Recall that the Fifth Circuit's divided opinion, reversing the district judge, found that the denial violated the First Amendment as impermissible viewpoint and content discrimination.  The Court today not only rejected that view, but it rejected the applicability of any forum analysis.  Instead, the Court applied the doctrine of government speech articulated in the Court's unanimous Pleasant Grove City v. Summum (2009) finding that there is no meaningful distinction between the privately placed monuments in Summum and the license plates in Texas.  This was raised at numerous points in the oral arguments and echoes the opinion of Judge Jerry Smith who had dissented in the Fifth Circuit's divided opinion.  Breyer did note that there were some aspects of Summum that were not exactly parallel, such as the permanence of the monuments in Summun, the opinion states that this was important because the public parks in Summun are traditional public forums, which is not the case for license plates.

And as for that other and most famous license plate case, Wooley v. Maynard (1977), the Court's majority opinion distinguished Walker because "compelled private speech is not at issue."  And indeed, if there is any compulsion of conveying ideological messages to be protected against here, it is that of the state being compelled to "include a Confederate battle flag on its specialty license plates."

Justice Alito's dissenting opinion has at its base a common-sense disagreement.  Noting the proliferation of specialty plates, supported by his Appendix, he asks:

As you sat there watching these plates speed by, would you really think that the sentiments reflected in these specialty plates are the views of the State of Texas and not those of the owners of the cars? If a car with a plate that says “Rather Be Golfing” passed by at 8:30 am on a Monday morning, would you think: “This is the official policy of the State—better to golf than to work?” If you did your viewing at the start of the college football season and you saw Texas plates with the names of the University of Texas’s out-of-state competitors in upcoming games— Notre Dame, Oklahoma State, the University of Oklahoma, Kansas State, Iowa State—would you assume that the State of Texas was officially (and perhaps treasonously) rooting for the Longhorns’ opponents? And when a car zipped by with a plate that reads “NASCAR – 24 Jeff Gordon,” would you think that Gordon (born in California, raised in Indiana, resides in North Carolina) is the official favorite of the State government?

Thus, he argues that what Texas has done by selling space on its license plates is to create a "limited public forum."

Walker v. Sons of Confederate Veterans could have wide-ranging effect. Does it give unfettered discretion to governments to decide license plate matters given that it is now government speech?  Consider that the Fourth Circuit recently held that North Carolina's provision of a "Choose Life" specialty license plate violated the First Amendment; that the New Hampshire Supreme Court invalidated a vanity license plate regulation requiring "good taste"; and that a Michigan federal district judge similarly invalidated a refusal of specific letters on a vanity plate; and on remand from the Tenth Circuit, the design of the Oklahoma standard license plate was upheld.

Additionally, recent controversies about advertising on public transport, as in New York, the Sixth Circuit and Ninth Circuit,  could be reconceptualized after Walker v. Sons of Confederate Veterans.

Justice Thomas had a Confederate Flag on his wall back in Jefferson City when he was an Assistant A.G. for John Danforth who was Attorney General of Missouri. It was said at the time (1974 or so when I saw it) that he posted it behind his desk to demonstrate that he was UnReconstructed-- meaning he opposed the 14th Amendment. Times they are a changing.