The United States Supreme Court's opinion in City and County of San Francisco v. Sheehan arises from an incident in which two police officers shot Teresa Sheehan, a woman suffering from a schizoaffective disorder who was living in a group home for those with mental illness. 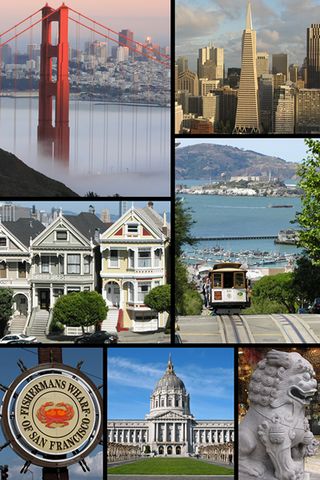 The seemingly primary issue upon which certiorari was granted was whether the Americans with Disabilities Act, ADA, 42 U. S. C. §12132, required law enforcement officers  to "provide accommodations to an armed, violent, and mentally ill suspect in the course of bringing the suspect into custody.”  The Court, in an opinion by Justice Alito, found fault with the attorneys litigating on behalf of San Francisco and dismissed this first question presented as improvidently granted.  In a concurring and dissenting opinion, Justice Scalia, joined by Justice Kagan, also faulted the attorneys for San Francisco, noting that the Petition for Certiorari

assured us (quite accurately), and devoted a section of its argument to the point, that "The Circuits Are In Conflict On This Question.”

Imagine our surprise, then, when the petitioners’ principal brief, reply brief, and oral argument had nary a word to say about that subject.

Instead, the petitioners argued that "the issue is not (as the petition had asserted) whether Title II applies to arrests of violent, mentally ill individuals, but rather how it applies under the circumstances of this case, where the plaintiff threatened officers with a weapon."

We were thus deprived of the opportunity to consider, and settle, a controverted question of law that has divided the Circuits, and were invited instead to decide an ADA question that has relevance only if we assume the Ninth Circuit correctly resolved the antecedent, unargued question on which we granted certiorari.

Scalia had especially harsh words for the attorneys for San Francisco, casting aspersion on their integrity:

Why, one might ask, would a petitioner take a position on a Circuit split that it had no intention of arguing, or at least was so little keen to argue that it cast the argument aside uninvited? The answer is simple. Petitioners included that issue to induce us to grant certiorari.

I would not reward such bait-and-switch tactics by proceeding to decide the independently “uncertworthy” second question. And make no mistake about it: Today’s judgment is a reward. It gives the individual petitioners all that they seek, and spares San Francisco the significant expense of defending the suit, and satisfying any judgment, against the individual petitioners. I would not encourage future litigants to seek review premised on arguments they never plan to press, secure in the knowledge that once they find a toehold on this Court’s docket, we will consider whatever workaday arguments they choose to present in their merits briefs.

The Court, absent Justice Breyer who did not participate in the case, did "reward" San Francisco by finding that the police officers were protected by qualified immunity: "no precedent clearly established that there was not 'an objective need for immediate entry' here."  The somewhat particular facts - - - the situation involved an entry and then a re-entry of Sheehan's room - - - nevertheless involved a "straightforward" and exceedingly brief qualified immunity analysis.

And a reversal of the Ninth Circuit.

While the attorneys for the City and County of San Francisco may have endured a scolding, Scalia is correct that the Court's decision is ultimately a reward.

Listed below are links to weblogs that reference Supreme Court Finds Qualified Immunity for San Francisco Officers in Mental Disability :