In its lengthy, well-reasoned, and unanimous opinion in American Civil Liberties Union (ACLU) v. Clapper, the Second Circuit today concluded that NSA's bulk telephony metadata collection is not authorized by §215 of the PATRIOT Act, 50 USC §1861(b)(2)(A).   After hearing oral arguments last September, the panel reversed the district court's opinion that had rejected both the statutory and constitutional challenges to the scheme.  Recall that this widespread collection has been controversial since the program was first revealed through information obtained by Edward Snowden; we've additionally discussed the issues here, here, and here. 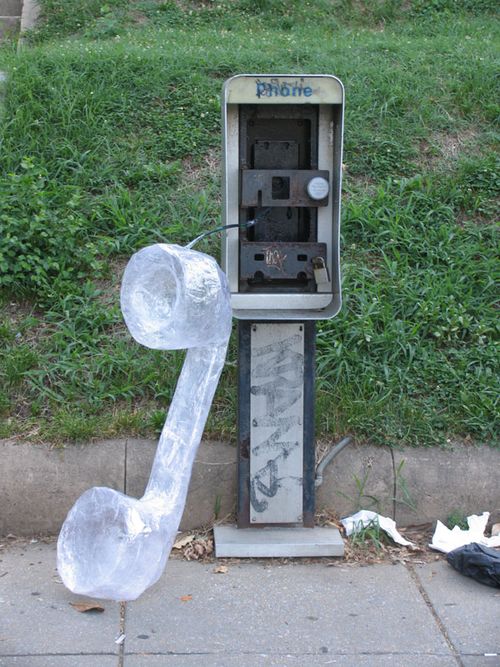 The Second Circuit, in the opinion authored by Gerard Lynch, did agree with the district judge that the ACLU plaintiffs had standing to challenge the collection of call records.  The court stated that "the government’s own orders demonstrate that appellants’ call records are indeed among those collected as part of the telephone metadata program."  The court rejected the government's contention that any alleged injuries depend on the government's reviewing the information collected rather than simply collecting it: the collection is [challenged as] a seizure and the Fourth Amendment prohibits both searches and seizures.  The court distinguished Amnesty International v. Clapper in which the United States Supreme Court's closely divided opinion concluded that the alleged standing was based on a "speculative chain of possibilities."  Instead:

appellants’ alleged injury requires no speculation whatsoever as to how events will unfold under § 215 – appellants’ records (among those of numerous others) have been targeted for seizure by the government; the government has used the challenged statute to effect that seizure; the orders have been approved by the FISC; and the records have been collected.

The panel likewise held that the ACLU organizations have standing to assert a First Amendment violation regarding its own and its members' rights of association.

However, the court did not rule on the Fourth and First Amendment claims explicitly, although its conclusion regarding §215 occurs in the shadow of the constitutional issues, or as the court phrases it: "The seriousness of the constitutional concerns" has "some bearing on what we hold today, and on the consequences of that holding."

What the court does hold is that "the telephone metadata program exceeds the scope of what Congress has authorized and there violates §215."  After a discussion of the program and §215, it first considers the government's arguments that the judiciary is precluded from considering the issue.  The court interestingly observes that judicial preclusion here would "fly in the face of the doctrine of constitutional avoidance."

[I]t would seem odd that Congress would preclude challenges to executive actions that allegedly violate Congress’s own commands, and thereby channel the complaints of those aggrieved by such actions into constitutional challenges that threaten Congress’s own authority. There may be arguments in favor of such an unlikely scheme, but it cannot be said that any such reasons are so patent and indisputable that Congress can be assumed, in the face of the strong presumption in favor of APA review, to have adopted them without having said a word about them.

The court likewise held that there was no implicit preclusion.

On the merits of the §215 challenge, the court essentially found that the government's interpretation of "relevant" was too broad.  The court noted that both parties relied on the grand jury analogy, supported by the statute's language and legislative history.  Yet for the court, the government's argument faltered on this very ground:

Search warrants and document subpoenas typically seek the records of a particular individual or corporation under investigation, and cover particular time periods when the events under investigation occurred. The orders at issue here contain no such limits. The metadata concerning every telephone call made or received in the United States using the services of the recipient service provider are demanded, for an indefinite period extending into the future. The records demanded are not those of suspects under investigation, or of people or businesses that have contact with such subjects, or of people or businesses that have contact with others who are in contact with the subjects – they extend to every record that exists, and indeed to records that do not yet exist, as they impose a continuing obligation on the recipient of the subpoena to provide such records on an ongoing basis as they are created. The government can point to no grand jury subpoena that is remotely comparable to the real‐time data collection undertaken under this program.

Moreover, the court relies on the Privacy and Civil Liberties Oversight Board (PLCOB) Report regarding the overbreadth, noting that "counterterrorism in general" is not sufficiently narrow.  Further, the court states that the government's interpretation reads the "investigation" language of §215 out of the statute, and even more specifically, §215's language "relevant to an authorized investigation (other than a threat assessment)."
Again, the court squarely rests its conclusion on §215 and avoids the constitutional issues.  Nevertheless, it does discuss them.  It largely relegates the First Amendment issue to a footnote (footnote 12).  Its discussion of the Fourth Amendment issue is more robust, including a discussion of  Smith v. Maryland, the 1979 pen register case, and United States v. Jones, the 2012 GPS case.
These constitutional issues would - - - should? - - - shape any understanding by Congress according to the court.
Concurring, Judge Robert Sack, emphasizes that the role of the courts should not be minimized.  Judge Sack's concurrence is also worth reading its more robust discussion of the First Amendment issues.
Perhaps unexpectedly, the court does not enjoin the metadata collection program.  The court notes that §215 is set to expire and that it is "prudent to pause to allow an opportunity for debate in Congress that may (or may not) profoundly alter the legal landscape."   Yet, it strongly implies, it remains ready and able to reach the constitutional issues if necessary.
[image "Call Waiting" via]

Listed below are links to weblogs that reference Second Circuit Finds NSA's Bulk Telephony Metadata Collection Not Authorized by Congress: