The Ninth Circuit's opinion in Center for Competitive Politics v. Harris rejected a First Amendment challenge to a disclosure of major donors requirement. 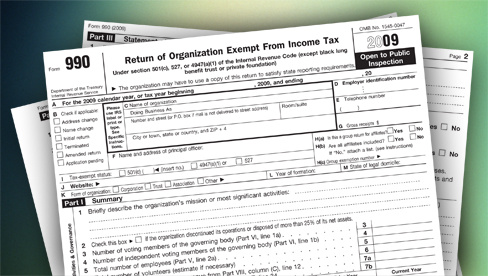 The nonprofit Center for Competitive Politics  (CCP)- - - an organization to promote the First Amendment and "campaign freedom"- - - sought to enjoin the California Attorney General from requiring it to disclose the names and contributions of the Center’s “significant donors” on Internal Revenue Form 990 Schedule B, which the Center must file with the state in order to maintain its registered status with the state’s Registry of Charitable Trusts.  The unanimous panel affirmed the district judge's denial of a preliminary injunction.

The court rejected as a "novel theory" CCP's argument that the disclosure requirement alone is so injurious that it must meet strict scrutiny.

CCP is correct that the chilling risk inherent in compelled disclosure triggers exacting scrutiny—“the strict test established by NAACP v. Alabama,” —and that, presented with a challenge to a disclosure requirement, we must examine and balance the plaintiff’s First Amendment injury against the government’s interest. However, CCP is incorrect when it argues that the compelled disclosure itself constitutes such an injury, and when it suggests that we must weigh that injury when applying exacting scrutiny. Instead, the Supreme Court has made it clear that we must balance the “seriousness of the actual burden” on a plaintiff’s First Amendment rights. Here, CCP has not shown any “actual burden” on its freedom of association.

[citations omitted].  The court largely relies on  the Supreme Court's 2010 decision in Doe v. Reed, (John Doe I) in which the Court upheld the constitutional of Washington's disclosure of petition signatures.  Indeed, the Ninth Circuit panel noted that

unlike in John Doe No. 1 or in other cases requiring the disclosure of the names of petition signatories, in this case, the disclosure would not be public. The Attorney General keeps Form 990 Schedule B confidential. Although it is certainly true that non-public disclosures can still chill protected activity where a plaintiff fears the reprisals of a government entity, CCP has not alleged any such fear here. CCP instead argues that the Attorney General’s systems for preserving confidentiality are not secure, and that its significant donors’ names might be inadvertently accessed or released. Such arguments are speculative, and do not constitute evidence that would support CCP’s claim that disclosing its donors to the Attorney General for her confidential use would chill its donors’ participation.

However, the Ninth Circuit left open the possibility that CCP could show "a reasonable probability that the compelled disclosure of [its] contributors’ names will subject them to threats, harassment, or reprisals from either Government officials or private parties" that would warrant relief on an as-applied challenge, just as the Court did in Doe v. Reed.  Recall that on remand in Doe v. Reed the Ninth Circuit found no such probability.  Given the confidential nature of the 990 Form here, CCP would most likely have an even more difficult time showing such a probability.

The Ninth Circuit also rejected the preemption claim.  Essentially although the Form is required by the federal IRS, federal law does not bar state attorneys from requesting the information in the form.

UPDATE: On May 15, 2015, the Center for Competitive Politics filed an Emergency Application for Injunction Pending Certiorari in the United States Supreme Court; more here.

Listed below are links to weblogs that reference Ninth Circuit Rejects First Amendment Challenge to Disclosure of Significant Donors to NonProfit:

Experience with Proposition 8 suggests that appearing on a list of a disfavored position is enough to be harassed, tossed out of a job, or worse. http://www.heritage.org/research/reports/2009/10/the-price-of-prop-8 Is that the kind of evidence the court is "seeking"?