In its 5-4 opinion in Williams-Yulee v. The Florida Bar, the Court concluded that Florida's Code of Judicial Conduct 7C(1) prohibiting the personal solicitation of campaign funds by judicial candidates does not violate the First Amendment.

From the oral arguments, it did seem as if the opinion would be closely divided, but it was less predictable that Chief Justice Roberts would be writing for the majority upholding Florida's Canon7C(1).  In the majority opinion, joined by Justices Breyer, Sotomayor, and Kagan in full, and by Ginsburg except as to part II, Roberts began:

Our Founders vested authority to appoint federal judges in the President, with the advice and consent of the Sen- ate, and entrusted those judges to hold their offices during good behavior. The Constitution permits States to make a different choice, and most of them have done so. In 39 States, voters elect trial or appellate judges at the polls. In an effort to preserve public confidence in the integrity of their judiciaries, many of those States prohibit judges and judicial candidates from personally soliciting funds for their campaigns. We must decide whether the First Amendment permits such restrictions on speech.

We hold that it does. Judges are not politicians, even when they come to the bench by way of the ballot. And a State’s decision to elect its judiciary does not compel it to treat judicial candidates like campaigners for political office. A State may assure its people that judges will apply the law without fear or favor—and without having personally asked anyone for money. We affirm the judgment of the Florida Supreme Court. 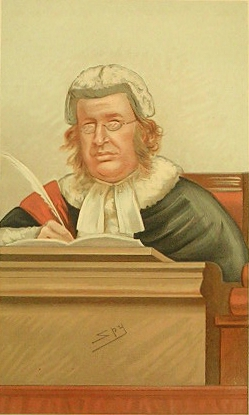 However, writing only for a plurality, Chief Justice Roberts, relying on Republican Party of Minnesota v. White (2002), held that a "State may restrict the speech of a judicial candidate only if the restriction is narrowly tailored to serve a compelling interest."  The plurality rejected the Florida Bar's argument, supported by several amici, that the Canon should be subject to the more permissive standard of Buckley v. Valeo (1976) requiring that the law be  “closely drawn” to match a “sufficiently important interest.” It concluded that the  “closely drawn” standard is a "poor fit" for this case which is a claimed violation of a right to free speech rather than a claimed violation of “freedom of political association.”

Justice Ginsburg, concurring, reiterated her dissent in Republican Party of Minnesota v. White regarding the standard of review, and emphasized that the Court's "recent campaign-finance decisions, trained on political actors, should not hold sway for judicial elections," specifically discussing Citizens United (2010) and McCutcheon (2014).  Justice Breyer, who joined the Chief Justice's opinion in full, nevertheless wrote briefly regarding the standard of review, reiterating his previous statements that  he views "this Court’s doctrine referring to tiers of scrutiny as guidelines informing our approach to the case at hand, not tests to be mechanically applied."

Despite the highest scrutiny, however, Chief Justice Roberts's opinion for the Court declared that

Canon 7C(1) advances the State’s compelling interest in preserving public confidence in the integrity of the judiciary, and it does so through means narrowly tailored to avoid unnecessarily abridging speech. This is therefore one of the rare cases in which a speech restriction withstands strict scrutiny.

The Court found that “protecting the integrity of the judiciary” and “maintaining the public’s confidence in an impartial judiciary” were both compelling governmental interests.  (The Court did not discuss a specific interest of lawyers or their clients in judicial integrity).  As to the narrow tailoring, the Court rejected the "underinclusive" argument - - - essentially that judicial candidates could indirectly solicit campaign funds - - - by noting that while underinclusivity may raise a "red flag," there is no "freestanding 'underinclusiveness limitation.'”  Here, the Court concluded that

There are three dissenting opinions by the Justices: Scalia, joined by Thomas; Kennedy, and Alito.  As the author of Caperton v. Massey, on which the Court partially relies for its compelling governmental interest in judicial integrity, Kennedy's opinion is perhaps most noteworthy.  (And recall that Chief Justice Roberts dissented in Caperton).  Caperton, based in due process rather than free speech, is uncited in Kennedy's concurring opinion, which focuses on the First Amendment:

This separate dissent is written to underscore the irony in the Court’s having concluded that the very First Amendment protections judges must enforce should be lessened when a judicial candidate’s own speech is at issue. It is written to underscore, too, the irony in the Court’s having weakened the rigors of the First Amendment in a case concerning elections, a paradigmatic forum for speech and a process intended to protect freedom in so many other manifestations.

At the crux of Kennedy's dissent, as the other dissents, is the similarity of judicial elections to political elections.  The distinction - - - or lack thereof - - - between judicial and other elections is the linchpin on which the differing views of the case pivot.  Chief Justice Roberts ends the Court's opinion with an originalist reflection on that distinction:

The desirability of judicial elections is a question that has sparked disagreement for more than 200 years. Hamilton believed that appointing judges to positions with life tenure constituted “the best expedient which can be devised in any government to secure a steady, upright, and impartial administration of the laws.” The Federalist No. 78, at 465. Jefferson thought that making judges “dependent on none but themselves” ran counter to the principle of “a government founded on the public will.” 12 The Works of Thomas Jefferson 5 (P. Ford ed. 1905). The federal courts reflect the view of Hamilton; most States have sided with Jefferson. Both methods have given our Nation jurists of wisdom and rectitude who have devoted themselves to maintaining “the public’s respect . . . and a reserve of public goodwill, without becoming subservient to public opinion.” Rehnquist, Judicial Independence, 38 U. Rich. L. Rev. 579, 596 (2004).

It is not our place to resolve this enduring debate. Our limited task is to apply the Constitution to the question presented in this case. Judicial candidates have a First Amendment right to speak in support of their campaigns. States have a compelling interest in preserving public confidence in their judiciaries. When the State adopts a narrowly tailored restriction like the one at issue here, those principles do not conflict. A State’s decision to elect judges does not compel it to compromise public confidence in their integrity.