The en banc Ninth Circuit's opinion in Chula Vista Citizens for Jobs and Fair Competition v. Norris  rejected First Amendment challenges to two requirements that the State of California and the City of Chula Vista, California, place on persons who wish to sponsor a local ballot measure:

that the official proponent of a ballot measure be an elector, thereby disqualifying corporations and associations from holding that position; and

that the official proponent’s name appear on each section of the initiative petition that is circulated to voters for their signature.

Writing for the unanimous en banc court and affirming the district judge, Judge Reinhardt concluded that the provisions were "plainly constitutional." 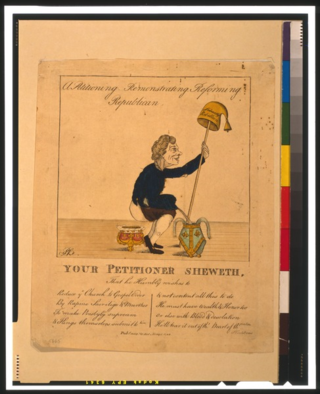 On the first provision, the court held that the requirement that an official proponent—a person seeking a unique position in a quintessentially legislative process—be an elector satisfied the First Amendment.  It concluded that

The plaintiffs seek a legislative power and, as they conceded at oral argument, many legislative and official political acts are properly reserved to members of the electorate. For example, corporations cannot vote.  Nor can they run for political office or be appointed to fill vacancies. Under California law, they cannot sign initiative petitions, sign candidate nominating papers, or introduce legislation,  The plaintiffs fail to provide any reason—and we find none—that the state and city may not similarly limit the exercise of the initiative power to members of the relevant political community: electors.

[citations omitted].  The Ninth Circuit rejected the challengers' appeal to Citizens United v. FEC (2010) as mandating strict scrutiny.  The challengers argued strict scrutiny was warranted because the California requirement is a direct ban on core political speech;  bans disfavored speakers’ speech; and requires speech by proxy.  The Ninth Circuit opinion flatly stated that the challengers "are wrong."  While the initiative process involves core political speech, the ban is only directed at corporations being the "official proponent—a unique legislative position that may properly be reserved to members of the political community" and corporations can otherwise speak as much as they'd like.  As to corporations specifically, the court returned to the notion that corporations are distinct from natural persons, they do not have "the right to vote or to hold public office (or even to sit on the bench)" as the plaintiffs seemingly conceded.  "We accordingly refuse to extend Citizens United to grant to corporations and associations the right to hold a distinct, official role in the process of legislating, by initiative or otherwise."  Finally, the court summarily rejected the speech by proxy argument:

Under the plaintiffs’ view of Citizens United, the government could not exclude corporations or associations from any position available to human beings because to do so would impermissibly require speech by proxy—an assertion that is clearly untenable.

The second requirement - - - mandating disclosure - - - was subject to "exacting scrutiny" rather than the higher standard of "strict scrutiny," in accordance with Citizens United.  The Ninth Circuit also relied heavily on Doe v. Reed (2010) in which the Court upheld disclosure and rejected a "right to be anonymous" when signing a ballot initiative petition. Here, the Ninth Circuit likewise upheld an interest in the integrity of the electoral process, citing Doe v. Reed, and also analyzed the informational interest. The Ninth Circuit also took a swipe at the sincerity of the anonymity argument:

It also bears noting, although we do not base our decision on it in any respect, that the interest of the proponents in anonymity is especially weak given the facts of the instant case. Both Kneebone and Breitfelder engaged in public activities advocating passage of Proposition G beyond the activities required of them as its official proponents, speaking at televised public meetings and having their names used in campaign materials provided to voters. Moreover, they explained in depositions that they did not really desire anonymity, but rather “wanted voters to know that the ‘correct’ sponsor of the ballot initiative was the Association of Builders and Contractors, Inc. and the Chula Vista Citizens for Jobs and Fair Competition.”

More doctrinally, the court concluded that the required "disclosure poses at the most a minimal burden on First Amendment rights."

The decision is a clear rejection of an extension of Citizens United to any type of "corporate speech" and a clear adherence to the constitutionality of disclosure mandates in both Citizens United and Doe v. Reed.  And it should be clear that this unanimous opinion is not a good candidate for certiorari.

I am not a law professor, but if I were and I was teaching Citizens United, I would include this Ninth Circuit decision as a reason not to lose hope in the democratic process. Corporations can speak but at least they cannot hold office.