The issue of a federal regulatory scheme of raisins returned to the United States Supreme Court for another round of oral arguments today in Horne v. Department of Agriculture.

Recall that in a brief opinion in June 2013, the Court reversed the Ninth Circuit and held that the Hornes did state a claim for regulatory taking.  The claim arises from a regulatory program under the authority of the Agricultural Marketing Agreement Act (AMAA) of 1937, as amended, 7 U.S.C. § 601 et seq., that mandates that a certain percentage of a raisins be put in "reserve" each year.  By resisting the program, the Hornes have become "outlaws" or heroes of sorts. 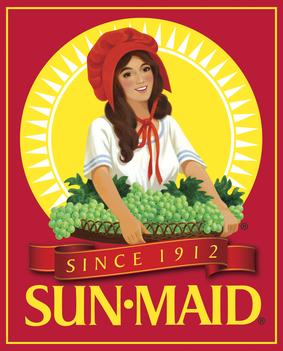 While the Hornes continue to argue that the program constitutes a taking, in today's oral argument Michael McConnell representing the Hornes pressed the issue of the taking as a per se one rather than a regulatory one because the Department of Agriculture takes possession and title of the raisins.

The Deputy Solicitor General, Edwin Kneedler, rejected the Chief Justice's humorous suggestion that government would "come up with the truck and you get the shovels and you take their raisins, probably in the dark of night," by insisting that under the Order, the producer submits the raisins to the handler who divides them into two categories. The reserve raisins are separated for later sale, the proceeds of which are pooled and distributed back to the producers. However, Kneedler did admit that one can assume that the government committee takes title in order to sell the raisins.

There were also questions of even if there was a taking whether any "just compensation" was due.  In other words, what if the government taking resulted in no loss - - - or even a benefit - - - to the Hornes?

But the Justices seemed bothered by the program, with Justice Scalia expressing this discomfort most blatantly: "Central planning was thought to work very well in 1937, and Russia tried it for a long time."  Perhaps the program - - - and the 8 or 10 or maybe more programs that are similar - - - is simply a relic of another time.

However, as Justice Kagan made clear, whether the program was sensible or ridiculous was not for the Court to decide and, she implied, irrelevant to the taking analysis.

Listed below are links to weblogs that reference Court Hears Oral Arguments in Round Two of Raisin Takings Case :

One wonders whether Justice Scalia is incapable of feeling shame. These agricultural programs were adopted to benefit farmers by ending the "boom and bust" cycle fostered in part by the tendency to overproduce profitable crops (with borrowed money) leading inevitably to price collapses. The programs may, in fact, be no longer necessary, but to compare them to the "central planning" regime of the former Soviet Union is . . . shameless. As Judge Posner has written, it is evident that these justices make their decisions based on their own political values, and then use their rhetorical skills (such as they are) to fashion a justification for the outcome pre- selected.