In a case with similarities to Town of Greece, NY v. Galloway decided by the United States Supreme Court last year, the Supreme Court of Canada today rendered its judgment in Mouvement laïque québécois v. Saguenay (City) finding that a prayer at a municipal council meeting violated the constitution. 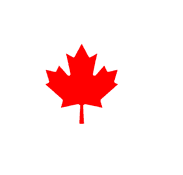 As the Court explains the underlying facts:

S regularly attended the public meetings of the municipal council of the City of Saguenay [Quebec]. At the start of each meeting, the mayor would recite a prayer after making the sign of the cross while saying [translation] “in the name of the Father, the Son and the Holy Spirit”. The prayer also ended with the sign of the cross and the same words. Other councillors and City officials would cross themselves at the beginning and end of the prayer as well. In one of the council chambers, there was a Sacred Heart statue fitted with a red electric votive light. In another, there was a crucifix hanging on the wall. S, who considers himself an atheist, felt uncomfortable with this display, which he considered religious, and asked the mayor to stop the practice. When the mayor refused, S complained to the Commission des droits de la personne et des droits de la jeunesse. He argued that his freedom of conscience and religion was being infringed, contrary to ss. 3 and 10 of the Quebec Charter, and asked that the recitation of the prayer cease and that all religious symbols be removed from council chambers.

The original Tribunal found the practice unconstitutional, but the Court of Appeal held that the prayer "expressed universal values" and "could not be identified with any particular religion."  It also reasoned that the "religious symbols were works of art that were devoid of religious connotation and did not affect the state’s neutrality." According to the Court of Appeal, S had not been discriminated against on the ground of freedom of conscience and religion; any interference with S's beliefs was "trivial or insubstantial."

While some of the issues before the Supreme Court of Canada involved procedural ones regarding the appeal, the Court was clear that the municipality's practice was unconstitutional.  Similar to an analysis under the US Constitution's First Amendment, the Supreme Court of Canada grappled with issues such as hostility to religion and the "slippery slope" of other religious practices:

The prayer recited by the municipal council in breach of the state’s duty of neutrality resulted in a distinction, exclusion and preference based on religion — that is, based on S’s sincere atheism — which, in combination with the circumstances in which the prayer was recited, turned the meetings into a preferential space for people with theistic beliefs. The latter could participate in municipal democracy in an environment favourable to the expression of their beliefs. Although non‑believers could also participate, the price for doing so was isolation, exclusion and stigmatization. This impaired S’s right to exercise his freedom of conscience and religion. The attempt at accommodation provided for in the by‑law, namely giving those who preferred not to attend the recitation of the prayer the time they needed to re‑enter the council chamber, had the effect of exacerbating the discrimination. The Tribunal’s findings to the effect that the interference with S’s freedom of conscience and religion was more than trivial or insubstantial were supported by solid evidence, and deference is owed to the Tribunal’s assessment of the effect of the prayer on S’s freedom of conscience and religion.

Barring the municipal council from reciting the prayer would not amount to giving atheism and agnosticism prevalence over religious beliefs. There is a distinction between unbelief and true neutrality. True neutrality presupposes abstention, but it does not amount to a stand favouring one view over another. Moreover, it has not been established in this case that the prayer is non‑denominational. The Tribunal’s findings of fact instead tend toward the opposite result. Be that as it may, the respondents themselves conceded at the hearing that the prayer is nonetheless a religious practice. Even if it is said to be inclusive, it may nevertheless exclude non-believers. As for the proposed analogy to the prayer recited by the Speaker of the House of Commons, in the absence of evidence concerning that prayer, it would be inappropriate to use it to support a finding that the City’s prayer is valid. Finally, the reference to the supremacy of God in the preamble to the Canadian Charter cannot lead to an interpretation of freedom of conscience and religion that authorizes the state to consciously profess a theistic faith. The preamble articulates the political theory on which the Charter’s protections are based. The express provisions of the Canadian Charter and of the Quebec Charter, such as those regarding freedom of conscience and religion, must be given a generous and expansive interpretation. This is necessary to ensure that those to whom these charters apply enjoy the full benefit of the rights and freedoms, and that the purpose of the charters is attained.

The Court explicitly linked the state's duty of neutrality - - - akin to the First Amendment's (anti-)Establishment Clause - - - to the maintenance of a free and democratic society. "This pursuit requires the state to encourage everyone to participate freely in public life regardless of their beliefs."  This principle may have special resonance when one considers the largely French (and Catholic) Quebec as compared to the other largely English (and Protestant) other provinces. 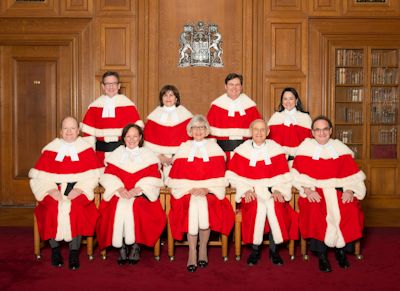 Unlike the United States Supreme Court's opinion in Town of Greece, the Supreme Court of Canada's judgment is not closely divided; only one Justice writes separately to discuss some of the procedural issues, but otherwise concurs.  For US ConLawProfs, City of Saguenay is well worth a comparative read.