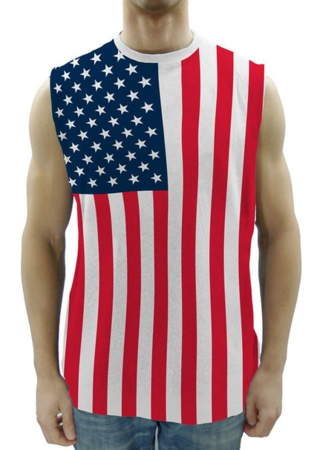 The original controversy began with a claim by students that their constitutional rights were violated when school officials banned their American flag clothing during a Cinco de Mayo celebration.  The school officials regulated American flag clothing "in [the] context of ongoing racial tension and gang violence within the school, and after a near-violent altercation had erupted during the prior Cinco de Mayo over the display of an American flag.”  The district judge rejected the students' First Amendment and Equal Protection claims.  The Ninth Circuit affirmed,  and later denied en banc review, over a dissent, and issued an amended panel opinion which added several paragraphs of analysis.

The application of the classic Tinker v. Des Moines Independent Community School District, 393 U.S. 503 (1969) was predictable, but the amended opinion also discussed the “heckler’s veto,” a concept that is in some senses embedded in Tinker's "disruption" standard.

However, with the denial of certiorari, this particular  controversy - - - which had often been expressed as allowing a school district to ban the American flag - - - has apparently been decided, at least in the context of this particular school for a particular holiday on a particular year.

Listed below are links to weblogs that reference Supreme Court Denies Certiorari to School's Ban on American Flag Clothing for Cinco de Mayo: