In a brief filed today in the First Circuit in Conde-Vidal v. Armendariz, the Solicitor General of the Commonwealth of Puerto Rico essentially sided with the appellants and conceded its same-sex marriage ban is unconstitutional.

Recall that several months ago, United States District Judge for the District of Puerto Rico Juan Perez-Gimenez  dismissed the constitutional challenge to Puerto Rico's law defining marriage as "man and woman" and refusing recognition to marriages "between persons of the same sex or transexuals." In large part, Judge Perez-Gimenez relied upon Baker v. Nelson, the United States Supreme Court's 1972 dismissal of a same-sex marriage ban challenge "for want of substantial federal question."

The challengers appealed to the First Circuit and the Commonwealth's brief "concedes that Baker’s rationale that federal courts lack jurisdiction to entertain these claims for lack of a substantial federal question can no longer be deemed good law." 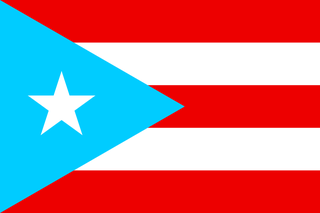 Indeed, the Commonwealth's brief concedes that the appellants should prevail.  The brief concludes:

It is not usual for the Executive Branch of the Commonwealth of Puerto Rico to refuse to defend the constitutionality of legally-enacted statutes. It is even less usual to adopt a somewhat different position at the appellate level than the one espoused before the lower court. But this is not a usual case and neither the law nor common sense requires us to treat it as such.

In a constitutional democracy there are some rights that have been reserved to the People directly and which no government may infringe, regardless of individual or personal views on the matter. “Our obligation [like this Court’s] is to define the liberty of all, not to mandate our own moral code.” Planned Parenthood of Southeastern Pa. v. Casey, 505 U.S. 833, 850 (1992).

Article 68 of the Civil Code of Puerto Rico excludes LGBT couples from the legal entitlements and rights attendant to civil marriage. Thus, the Commonwealth of Puerto Rico acknowledges that the statute in controversy raises substantial constitutional questions anent the constitutional guarantees of equal protection of the laws and substantive due process.

Because Puerto Rico’s marriage ban impermissibly burdens Plaintiffs ́ rights to the equal protection of the laws and the fundamental right to marry, we have decided to cease defending its constitutionality based on an independent assessment about its validity under the current state of the law. However, “i[t] is emphatically the province and duty of the judicial department to say what the law is.” Windsor, 133 S.Ct. 2675, at 2688 (quoting Marbury v. Madison, 1 Cranch 137, 177, 2 L.Ed. 60 (1802)), and, since the District Court entered judgment in this case, it is this particular Court’s duty to review the legal conclusions there reached so that they may be brought up to date in accordance with newer developments in this important area of constitutional law.

If History has taught us anything, it is that “times can blind us to certain truths and later generations can see that laws once thought necessary and proper in fact serve only to oppress. As the Constitution endures, persons in every generation can invoke its principles in their own search for greater freedom.” Lawrence, 579 U.S. at 579. This case represents but another attempt from a politically disadvantaged group of our society to be included within the full scope of the legal and constitutional protections that most of us take for granted. Plaintiffs seek no preferential treatment; only equality. The Executive Branch of the Commonwealth recognizes the LGBT community’s right to equality under the law.

Defendants-Appellees request that this Honorable Court reverse the Judgment of the District Court that dismissed Plaintiffs-Appellants’ complaint for lack of a substantial federal question.

Listed below are links to weblogs that reference Puerto Rico Decides Not to Contest Constitutional Challenge to Same-Sex Marriage Ban :