Over a dissenting opinion by Justice Thomas, joined by Justice Scalia, the Court denied the application for a stay in Strange v. Searcy.  Recall that in January, Alabama District Judge Callie V.S. Granade entered an injunction against the enforcement of the state's constitutional amendment and statutes banning same-sex marriage and the recognition of same-sex marriages from other states. 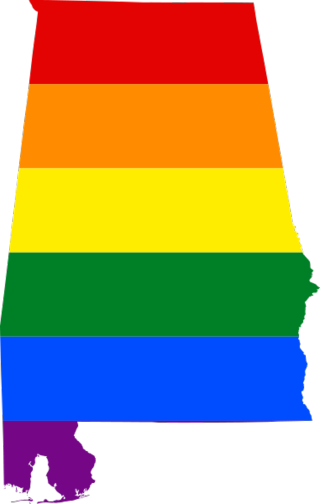 The controversial Chief Judge of the Alabama Supreme Court Roy Moore has reacted negatively to the federal court opinion, including penning a letter to the Governor arguing that the state should not - - - and need not - - - comply with the federal order.  That letter prompted an ethics complaint filed against Roy Moore from the Southern Poverty Law Center arguing that:

Chief Justice Roy Moore has improperly commented on pending and impending cases; demonstrated faithlessness to foundational principles of law; and taken affirmative steps to undermine public confidence in the integrity of the judiciary. For all these reasons, we respectfully request that this Judicial Inquiry Commission investigate the allegations in this complaint and recommend that Chief Justice Moore face charges in the Court of the Judiciary.

On February 3, the Eleventh Circuit denied the stay of Judge Granade's injunction and Judge Moore issue a 27 page memorandum addressed to Alabama Probate Judges with the intent to

assist weary, beleaguered, and perplexed probate judges to unravel the meaning of the actions of the federal district court in Mobile, namely that the rulings in the marriage cases do not require you to issue marriage licenses that are illegal under Alabama law.

Judge Moore's argument that the state need not comply with federal decisions has prompted some commentators to make comparisons to Alabama's position during the Civil Rights Era, including a thoughtful WaPo piece by ConLawProf Ronald J. Krotoszynski Jr. at University of Alabama Law School.

The dissenting opinion from Justice Thomas (joined by Scalia) did not mention Judge Moore by name, but did include a decisive nod to some of Moore's arguments:

Today’s decision represents yet another example of this Court’s increasingly cavalier attitude toward the States. Over the past few months, the Court has repeatedly denied stays of lower court judgments enjoining the enforcement of state laws on questionable constitutional grounds. *** It has similarly declined to grant certiorari to review such judgments without any regard for the people who approved those laws in popular referendums or elected the representatives who voted for them. In this case, the Court refuses even to grant a temporary stay when it will resolve the issue at hand in several months.

Perhaps more importantly, Justice Thomas notes that the constitutionality of same-sex marriage is now before the Court, but yet

the Court looks the other way as yet another Federal District Judge casts aside state laws without making any effort to preserve the status quo pending the Court’s resolution of a constitutional question it left open in United States v. Windsor, 570 U. S. ___ (2013).  This acquiescence may well be seen as a signal of the Court’s intended resolution of that question.

Justice Thomas is not the only one considering whether the Court's denial of a stay and thus allowing same-sex marriages to proceed in Alabama is a "signal" of the Court's leanings in DeBoer v. Snyder.