Judge Irene Berger of the Southern District of West Virginia issued a Memorandum Opinion and Order clarifying and amending  but essentially reaffirming her extensive "gag" order in United States v. Blankenship, the criminal prosecution (which some say is unprecedented) of CEO Don Blankenship (pictured below) of Massey Energy for his alleged responsibility for the the Upper Big Branch Mine Disaster.  Recall Blankenship as the outsized contributor to the campaign of Brent Benjamin  for the West Virginia Supreme Court of Appeals; as a Justice Benjamin ruled in a case  involving Massey Coal.  The 2009 sharply divided Supreme Court opinion in Caperton v. Massey Coal held that the failure of Benjamin to recuse himself violated due process.  The case is the subject of the book The Price of Justice. 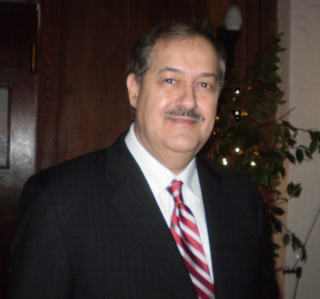 To say that Blankenship is controversial - - - given the Upper Big Branch Mine disaster and Caperton with its underlying facts  - - - is probably an understatement. And Judge Berger has a difficult task attempting to protect Blankenship's rights to an impartial jury and fair trial.  But do Judge Berger's orders go too far?

The objections to Berger's original orders were filed as a motion to intervene by the Wall Street Journal, the Associated Press, Charleston Gazette, National Public Radio, Inc., and the Friends of West Virginia Public Broadcasting, Inc..  Judge Berger allowed the intervention for the limited purpose of challenging the previous orders and found that the press organizations had constitutional standing.

the discretion and, more importantly, the duty to take specific, reasonable steps to guard against prejudice at the outset where it has knowledge, given prior publicity, that continued publicity, regarding the facts underlying the indictment, is likely to taint prospective jurors. Courts do not exist or operate in a vacuum. In the Southern District of West Virginia, we live in coal country. Many of our families depend on coal mining for their livelihood. Many families and communities within the Southern District of this state were impacted by the deaths of the miners in the Upper Big Branch mine explosion referenced in the indictment. Interest in this case is, understandably, heightened by that loss of life. In short, the environment matters.

Judge Berger stressed that the court's order "is not directed toward the press."  Instead, it limits the "parties" from communicating with press (and "only limits the subject matter") and keeps documents filed in the court case sealed.

Yet three questions remain about the orders.

First, the breadth of the "gag" order was challenged.  In addition to the parties, attorneys, and court personnel it includes

In a footnote, Judge Berger explained the inclusion of "family members":

the order applies only to those who may appear during some stage of the proceedings as parties or as witnesses. Even if not direct witnesses to the alleged offenses, victims and their family members may be witnesses at sentencing or potential beneficiaries of restitution, should the case reach that posture. As such, they are “trial participants.”

Later, she states that allowing " a potential trial participant to speak through his or her family member would eviscerate the protective measures, and is further evidence of the need for the inclusive order."

Yet "family" here could potentially be quite broad, especially in the context of rural West Virginia.

Second, Judge Berger relied on the fact that the docket was available, although not the underlying documents being referenced.  Nevertheless, the new  (Amended) Order released many documents, based on a principle that

any documents that do not contain information or argument related to the facts and substance of the underlying case do not fall within the purview of the [original] order, and should be publicly accessible.

Yet the standard does seem murky, and of course the press will have a difficult time objecting to the non-release of pleadings or other documents.

Third and last, Judge Berger's rejection of change of venue (as well as voir dire) as lesser restrictions of the First Amendment rights of the press (and public) as "not feasible options at this time" is interesting.  Berger outlines the preference for an accused to be tried in the district in which the crime is alleged to have been committed.  She writes that transfer of venue "takes place after pretrial publicity has tainted the jury pool such that a jury cannot be seated within the district." Thus, she essentially elevates the "right" to be tried in the alleged-crime's district over both the First and Sixth Amendment rights.

Judge Berger has crafted a delicate balance which will most likely need continuing calibration.  Her task to prevent a "Roman holiday" for the media (as the Court said in Sheppard) is not only operative during the pre-trial publicity stage but will undoubtedly be pronounced during the trial itself.

Listed below are links to weblogs that reference West Virginia District Judge's Extensive "Gag" and Sealing Order in Blankenship Trial: