The Court heard oral arguments today in Reed v. Town of Gilbert regarding a First Amendment challenge to the town's extensive regulation regarding signage.  The town generally requires a permit to erect a sign, with nineteen different exemptions including “Temporary Directional Signs Relating to Qualifying Event.”  The exemption for these temporary directional signs further specifies that such signs "shall be no greater than 6 feet in height and 6 square feet in area,”and “shall only be displayed up to 12 hours before, during and 1 hour after the qualifying event ends.”

Although the challenge involves a church sign, this was largely irrelevant. Instead the content at issue is the sign’s directional nature, if indeed "directions" is a matter of content. In a divided opinion the Ninth Circuit upheld the town regulation as content neutral.  Today's oral argument seemed inclined toward a contrary opinion.

In part, the problem seemed to be the city's protection of political speech over other types of speech. As Justice Scalia asked "is there no First Amendment right to give somebody directions?" This question seemed to undercut the categorical approach, for as Justice Kagan asked earlier in the argument to counsel for Reed,

Importantly, the directional content is relevant only for temporary signs. This of course raises the question of what is a temporary sign and how can one discern that without looking at the sign’s content.  At one point Chief Justice Roberts suggested that the distinction might be whether the sign is stuck in the ground with a little stake or whether it's in concrete, but quickly said that doesn't help the city's legitimate concerns.  Yet the city's concerns over aesthetics and safety never seemed adequately connected to regulating directional signs more severely than election signs.  Later, Justice Scalia asked whether there was a difference between the function of a sign and the content of the sign and whether function doesn't depend upon content. 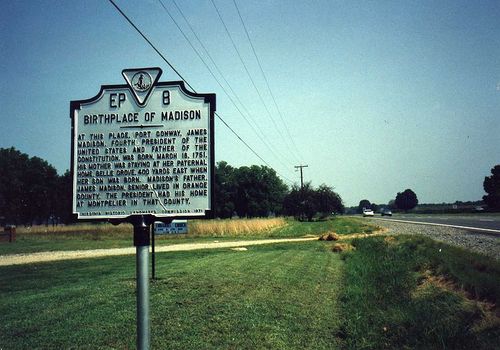 As anticipated the justices posed several hypos. Probably the most trenchant of these was "Happy Birthday, Uncle Fred."  Especially as compared to "Birthplace of James Madison" given that both signs could "be up for the same length of time, same size" as Justice Kennedy stated.

If today's argument is any indication - - - always a risky proposition - - - the regulations are likely to be declared unconstitutional.  It may be that such an application will have what counsel for the town called an "opposite effect" :  it "will limit speech  because towns, cities will enact one size fits all" and governments "would be inclined to ban all signs except those that the First Amendment absolutely allows."  Justice Alito, in reply, essentially shrugged: "You can make that argument in all kinds of contexts. I don't know where it gets you."

When the sign is posted on public property, to what extent can the owner protect it or its message? Suppose I tape a bumper sticker on the sign that says, "Love without God." Am I breaking any law? Suppose I take the sign down, or obscure it with another sign, or put another sign behind it that says "Lobster Dinner Served" using the same color scheme and font. Surely harms the message, but isn't that harmful addition also protected speech?

Technically yes, you are breaking the law against defacing property that is not yours, whether that property belongs to the government (street signs, etc.) or individual. Now if you place your own sign in front of the other sign (ala politicians) then that would be different.