The Ninth Circuit, over a dissent of three judges, has denied the petitions for en banc review of Latta v. Otter (and Sevick v. Sandoval) in which a panel held that the same-sex marriage bans in Idaho and Nevada respectively are unconstitutional.

Recall that the unanimous panel opinion authored by Judge Reinhardt held that the Idaho and Nevada laws regarding same-sex marriage "violate the Equal Protection Clause of the Fourteenth Amendment because they deny lesbians and gays who wish to marry persons of the same sex a right they afford to individuals who wish to marry persons of the opposite sex, and do not satisfy the heightened scrutiny standard" of  SmithKline Beecham Corp. v. Abbott Labs. 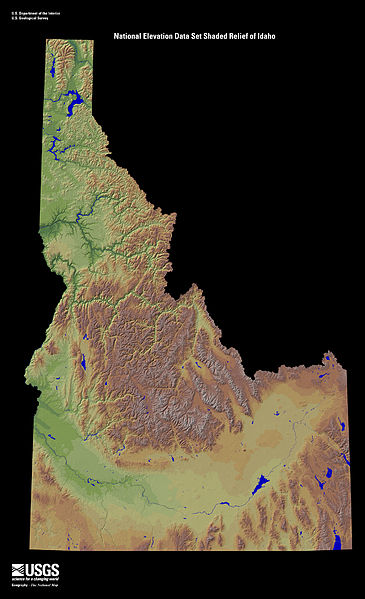 The Ninth Circuit's panel opinion was rendered one day after the United States Supreme Court  denied certiorari to the petitions in the Fourth, Seventh, and Tenth Circuit cases with similar holdings.  However, since then, the Sixth Circuit rendered a divided panel decision in DeBoer v. Snyder reversing lower courts and upholding the same-sex marriage bans in in Kentucky, Michigan, Ohio, and Tennessee.

Judge O'Scannlain's dissent from the denial of en banc review - - - joined by Judges Rawlinson and Bea - - - relies in part on the Sixth Circuit's opinion in DeBoer v. Snyder and the circuit split it created. Like the Sixth Circuit, O'Scannlain argues that the operative precedent is Baker v. Nelson, the United States Supreme Court's 1972 dismissal of a same-sex marriage ban challenge "for want of substantial federal question." And like the Sixth Circuit, the dissent distinguishes Windsor v. United States as limited to the federal government.

The major argument of the dissent, however, is that the question of same-sex marriage is not only one for the states, it is decidedly not one for the federal courts interpreting the constitution: "Nothing about the issue of same-sex marriage exempts it from the general principle that it is the right of the people to decide for themselves important issues of social policy."

This judicial restraint v. judicial activism debate is well-worn territory.  And like other judges, O'Scannlain is not a consistent adherent to one side or the other: Recall his dissent from en banc review in Pickup v. Brown, in which the panel upheld a California statute banning sexual conversion therapy against a constitutional challenge. But O'Scannlain does interestingly write:

As Justice Kennedy wrote in Schuette, ‘‘It is demeaning to the democratic process to presume that the voters are not capable of deciding an issue of this sensitivity on decent and rational grounds . . . . Freedom embraces the right, indeed the duty, to engage in a rational, civic discourse in order to determine how best to form a consensus to shape the destiny of the Nation and its people.”

Thus, O'Scannlain implicitly points to Kennedy's inconsistency regarding the desirability of resort to democratic processes and judicial restraint in the affirmative action case of Schuette as compared to his opinion in Romer v. Evans (on Colorado's Amendment 2), as well as Windsor and Lawrence v. Texas, and presumably Kennedy's opinion should the same-sex controversy reach the United States Supreme Court.

The Court itself is currently entertaining several petitions for certiorari on the same-sex marriage issue, including the Sixth Circuit opinion.