The actions - - - or inaction - - - of the grand jury that did not indict police officer Darren Wilson for the death of Michael Brown has prompted much controversy, including protests.  At the heart of this controversy is not only the actual facts of the incident, but the conduct of the grand jury by the prosecutor, Robert McCulloch.  McCulloch took the unusual step of providing a detailed statement about the grand jury proceedings to the press and of filing a motion in court for public disclosure of materials considered by the grand jury.

Both of those documents - - - McCulloch's statement to the press and his memorandum in support of the motion for disclosure - - - are appendices in a complaint  filed today in the Eastern District of Missouri, by the ACLU of Missouri, Grand Juror Doe v. Robert McCulloch. 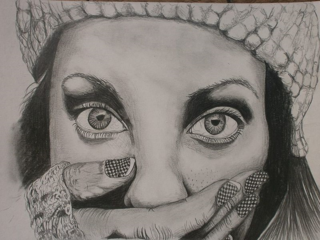 Grand Juror Doe, who served on the grand jury, argues that the Missouri statutes prohibiting grand jurors from discussing the proceedings are an infringement of the First Amendment as applied in this situation.  A copy of these statutes, Mo. Stat. §540.080 (Oath of Jurors); Mo. Stat. §540.320 (Grand juror not to disclose evidence-penalty); and Mo. Stat. §540.310 (Cannot be compelled to disclose vote), were given to the grand jurors at "the conclusion of their service," according to paragraph 28 of the complaint.   But because the prosecutor has released evidence and made statements, as well as because of the legislative resolution to submit for voter referendum a repeal of the Missouri state constitutional provision providing for grand juries, Doe argues that s/he is being chilled from expressing opinions about matters of public concern and engaging in political speech.

The factual allegations in the complaint do provide a window on the content and viewpoint of Doe's expression.  Doe alleges that the conduct of the grand jury investigation of Darren Wilson "differed markedly" from other cases presented to the grand jury, and even more provocatively, that McCulloch's statement to the press and release of records do not comport with Doe's own opinions of the process.

This request for a permanent injunction against enforcing any of the challenged Missouri statutes against Doe should s/he speak about the grand jury proceedings against Wilson is supported by basic First Amendment considerations and basic notions of fairness.  The root problem here is not grand jury secrecy, but the lifting of that veil of secrecy for one party and perspective only.  As Justice Scalia stated in the context of vindicating First Amendment rights in RAV v. City of St.  Paul, this would be akin to "authority to license one side of a debate to fight freestyle, while requiring the other to follow Marquis of Queensberry rules."