In its unanimous opinion today in Holt (Muhammad) v. Hobbs the Court decided that the Arkansas Department of Correction’s grooming policy violates the Religious Land Use and Institutionalized Persons Act of 2000, RLUIPA, 42 U. S. C. §2000cc et seq., to the extent that it prohibits petitioner from growing a one—half—inch beard in accordance with his religious beliefs.

The Court's conclusion is predictable from the tenor of the oral arguments. Writing for the Court, Justice Alito found that Holt/Muhammad easily met his burden of showing that the beard ban substantially burdened his exercise of religion under RLUIPA, after which the burden shifted to the Department of Correction to show that its refusal to allow petitioner to grow a 1⁄2- inch beard “(1) [was] in furtherance of a compelling governmental interest; and (2) [was] the least restrictive means of furthering that compelling governmental interest” under RLUIPA."

The Court rejected the Department of Correction's beard ban as the least restrictive way of furthering prison safety and security including hiding contraband (an argument that was "hard to take seriously" in the context of the 1/2 inch beard) and concealing identities (an argument that suffered in comparison to other institutions and the allowance of 1/4 inch beards and mustaches). 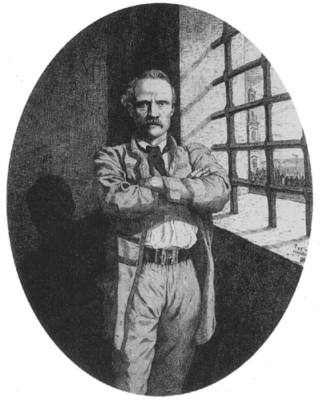 Justice Alito's 16 page opinion for the Court is a model of clarity and concision.  It does beg the question, however, of why this was not the District Judge's opinion or the Eighth Circuit's opinion. As we previously discussed, the odds of this case getting before the Court were incredibly high, but the underlying pro se litigation exemplifies the difficulties of prison inmates vindicating their rights.

Indeed, Justice Sotomayor wrote separately to stress the role deference to prison administrators that should be afforded by courts.  Prison officials must offer a "plausible explanation for their chosen policy that is supported by whatever evidence is reasonably available to them," rather than adopt policies based on "mere speculation."  Again, this begs the question of the reliance by the lower courts on the prison's arguments.

Thus, Justice Ginsburg makes clear that she is not opposed to religious accommodation per se, even under the strict scrutiny standard, when the rights of others are not part of the analysis.

Listed below are links to weblogs that reference Court Rules in Favor of Prisoner's Half-Inch Beard: