The Fifth Circuit's divided panel opinion, authored by Judge Edward Pardo, reversed the district judge's grant of summary judgment to Texas and concluded that the denial of a specialty license plate bearing a Confederate flag symbol constituted impermissible viewpoint discrimination under the First Amendment.  The majority concluded that a "reasonable observer" of the license plate would believe it was the speech of the automobile's owner and not the government, and thus Texas cannot constitutionally allow some viewpoints to be expressed on the license plates but not others.  Dissenting, Judge Jerry Smith contended that the doctrine of government speech articulated in the Court's unanimous Pleasant Grove City v. Summum (2009) controls: there is no meaningful distinction between the privately placed monuments in Summum and the license plates in Texas. 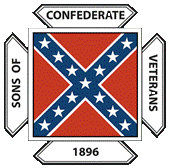 symbol on proposed license plate via

The constitutional status of license plates - - - whether they are specialty, vanity, or state-mandated - - - has been fertile ground for First Amendment litigation.  As we've discussed, the Fourth Circuit recently held that North Carolina's provision of a "Choose Life" specialty license plate violated the First Amendment; the New Hampshire Supreme Court invalidated a vanity license plate regulation requiring "good taste"; a Michigan federal district judge similarly invalidated a refusal of specific letters on a vanity plate; and on remand from the Tenth Circuit, the design of the Oklahoma standard license plate was upheld.

What might be called the First Amendment doctrine of license plates, following from the classic First Amendment case of Wooley v. Maynard (1977) involving compelled speech has become more complex with the introduction of specialty and vanity license plates.  Such plates do produce revenue for states, but also provoke First Amendment concerns and expensive litigation.  In granting certorari, the Court has the opportunity to settle the matter.  Or perhaps the Court will further complicate the issue of expressive license plates on our cars.

Listed below are links to weblogs that reference Supreme Court to Hear First Amendment Challenge to Specialty License Plate Denial: