The United States Supreme Court heard oral arguments today in the "facebook threats" case, Elonis v. United States.  As we previously discussed when the Court granted certiorari, the Third Circuit panel opinion unanimously upheld the conviction of Anthony Elonis under 18 U. S. C. §875(c), rejecting his contention that the statute requires subjective proof of his intent to threaten, rather than objective proof.  There is a split in circuits on whether subjective intent is required to make the statute constitutional after the Court's decision in Virginia v. Black in which the Court declared a Virginia statute provided that cross-burning was "prima facie evidence" of a intent to intimidate.   The doctrine of "true threats" has long been a fraught one.  As in other oft-called categorical exclusions from the First Amendment, the operative legal query is definitional: if the speech is a "true threat," the speech is not protected; if it is not a "true threat," then it is protected speech.  Equally fraught, as we previously discussed, can be repeating the content of the speech that may or may nor be a true threat given that the "adult content" may run afoul of the policies of internet providers or advertisers. 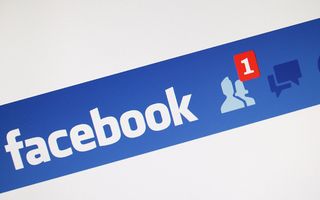 Today's argument steered clear of specific language of the threats and focused on how a true threat must be proven, or more specifically, how the jury instructions should cabin the definitions.  For the petitioner, John Elwood, argued that there needed to be specific intent and that negligence or a reasonable person standard was insufficient.  But there were further discussions about whether there must be knowledge and/or purpose.  During the argument of Michael Dreeben, Deputy Solicitor General, Justice Alito phrased it this way:

My understanding of the Model Penal Code levels of mens rea is that there is a distinction, but a razor-­thin distinction, between purpose and knowledge. So the idea that backing off from purpose to knowledge is going to make very much practical difference, I think is fanciful. There is a considerable difference between ­­ distance between knowledge and recklessness.

Although much of the argument delved into common law and Model Penal Code doctrine, the arguments made clear that the First Amendment is intertwined any distinctions.  The question of "valuable speech" was raised by Justice Scalia, but it was the discussions of rap lyrics that focussed the First Amendment questions most sharply.  The Deputy Solicitor General had a difficult time arguing "context": knowing when rap lyrics are entertainment rather than serious threats. Chief Justice Roberts quoted lyrics from the Petitioner's brief - - - lyrics from rap star Emimen - - - and wondered whether these could be prosecuted.  On rebuttal, Mr. Elwood noted that Elonis posted "long and painful to read" rap even before the protection order on behalf of Elonis' wife was entered.  However, Justice Alito did not seem convinced:

Well, this sounds like a roadmap for threatening a spouse and getting away with it. So you ­­ you put it in rhyme and you put some stuff about the Internet on it and you say, I'm an aspiring rap artist.  And so then you are free from prosecution.

The issue here is actual criminalization of the speech, but the use of rap lyrics to prove "intent" in a criminal trial as in the New Jersey Supreme Court case earlier this year might not have been too far from the Court's mind.

At least a few Justices, including Chief Justice Roberts, seemed troubled by the line between true threats and artistic speech.