The Second Circuit has granted full court review in Garcia v. Does, a panel decision which allowed plaintiffs' complaint arising from their arrests for participating in a demonstration in support of the Occupy Wall Street movement.  The panel, affirming the district judge, denied the motion to dismiss of the defendants/appellants, holding that on the current record it could not

resolve at this early stage the ultimately factual issue of whether certain defendants implicitly invited the demonstrators to walk onto the roadway of the Brooklyn Bridge, which would otherwise have been prohibited by New York law.

The unidentified Doe officers argued that video evidence warrants a dismissal.  The First Amendment issue of "fair warning" to revoke permission to protest is at issue in the case - - - which would seemingly require more than (incomplete) video evidence.  Yet the issue of qualified immunity is seemingly argued as overshadowing the incomplete evidence. 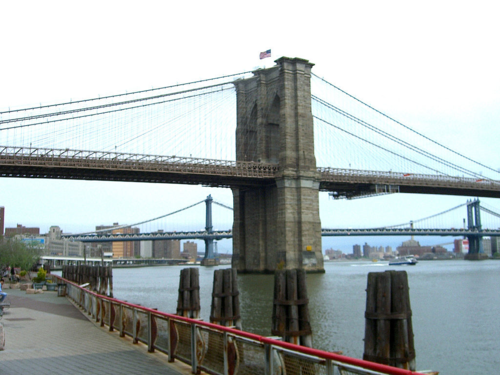 Judge Debra Ann Livingston's lengthy dissent from the opinion by Judges Calabresi and Lynch argues that the panel majority "failed to afford the NYPD officers policing the “Occupy Wall Street” march the basic protection that qualified immunity promises – namely, that police officers will not be called to endure the effort and expense of discovery, trial, and possible liability for making reasonable judgments in the exercise of their duties."

Judge Livingston's views most likely attracted other judges.  Now the  "in banc" court (as the spelling is used in the Second Circuit) will hear the case, including Senior Judge Calabresi because he was on the panel.