In its opinion in Vivid Entertainment v. Fielding, a panel of the Ninth Circuit affirmed the district judge's denial of a preliminary injunction to Los Angeles Measure B, passed by voter initiative in 2012. 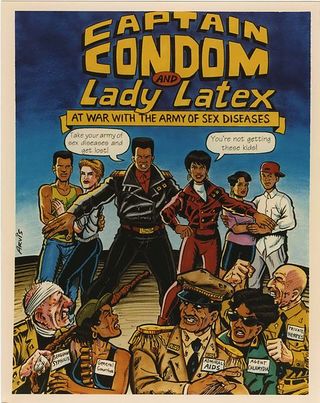 The court rejected the argument that strict scrutiny should apply nevertheless because Measure B was a "complete ban" on the protected expression, which plaintiffs would define as "condomless sex" ("condomless sex differs from sex generally because condoms remind the audience about real-world concerns such as pregnancy and disease . . . films depicting condomless sex convey a particular message about sex in a world without those risks).   Citing Spence v. Washington (1974), the Ninth Circuit concluded that "whatever unique message Plaintiffs might intend to convey by depicting condomless sex, it is unlikely that viewers of adult films will understand that message."  Moreover, in an interesting footnote (6), the Ninth Circuit distinguished between the expression and the conduct:

On its face, Measure B does not ban expression; it does not prohibit the depiction of condomless sex, but rather limits only the way the film is produced.

(emphasis in original).  The panel opinion also discussed - - - and rejected - - - the arguments that Measure B was not sufficiently "narrowly tailored" in the intermediate scrutiny test because there was a voluntary testing and monitoring cheme for sexually transmitted diseases and that Measure B would be "ineffective" because producers could simply move beyond county lines.

The district judge did, however, find that certain portions of Measure B did not survive the constitutional challenge.  On appeal, the plaintiffs argued that Measure B was not subject to severance.  The Ninth Circuit panel rejected the severance argument, but helpfully included as an appendix to its opinion a "line-edited version" of Measure B.

Finally, the Ninth Circuit panel rejected the argument that the appellate court did not have Article III power to hear the appeal because the intervenors - - - including a Campaign Committee Yes on Measure B - - - lacked Article III standing.  The panel distinguished Hollingsworth v. Perry (the Prop 8 case), noting that here it was not the intervenors that sought to appeal but the plaintiffs themselves who had invoked the court's power.