The statute provides that whoever "willfully and maliciously engages in a knowing pattern of conduct or series of acts over a period of time directed at a specific person, which seriously alarms that person and would cause a reasonable person to suffer substantial emotional distress, shall be guilty of the crime of criminal harassment." 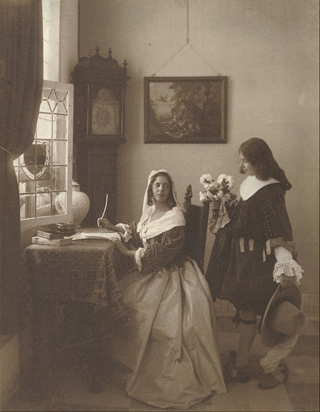 Of particular First Amendment concern is the statute's provision that the

The facts are rather chilling, escalating from incidents that might properly be called "pranks" to incidents that were clearly malicious.  The defendants, the Johnsons, were involved in a protracted property and business dispute with the victims, the Lyons.  The defendants and their "handyman" placed a false advertisement on Craigslist, causing many people to arrive at the Lyons' home to collect free golf carts, and then another advertisement on Craigslist selling a motorcycle and directing interested persons to call Mr. Lyons after 10:00 pm.  Next, there was an email entitled "Let the Games Begin!" that included the victims' personal information, including social security number and banking information.  Then there was an an after-hours emergency call to the child abuse hotline reporting physical abuse to a child, resulting in a 10:30pm visit from child protective workers to the home.  And finally, there was an email, followed by a letter, to Mr. Lyons from a fictitious person accusing him of sexual molestation of the writer when the writer was 15.

On appeal after conviction, the defendants argued that the statute violated the First Amendment, both on its face and as applied.  The court found that the facial challenge was not preserved, but addressed it by concluding that the statute provides adequate notice and safeguards that prevent its application to protected speech and noting that similar statutes have been upheld.  As to the as-applied challenge, the court found

The court rejected the argument that because the statute was not directed at "fighting words" it encompassed First Amendment protected speech.  Instead, the court explained that there were other categories of speech that were not protected under the Court's 1942 language in Chaplinsky v. New Hampshire regarding unprotected speech as words that are "no essential part of any exposition of ideas, and are of such slight social value as a step to truth' that whatever meager benefit that may be derived from them is 'clearly outweighed' by the dangers they pose."  As the Supreme Judicial Court of Massachusetts stated:

"Speech integral to criminal conduct is one such long-standing category that is constitutionally unprotected, directly applicable to the defendants' conduct here. . . ."

The court also evaluated the sufficiency of the evidence.  It again rejected the defendants' arguments.

The court's First Amendment analysis quotes the well-known principle that "[I]t has never been deemed an abridgment of freedom of speech or press to make a course of conduct illegal merely because the conduct was in part initiated, evidenced, or carried out by means of language, either spoken, written, or printed."  Clearly, the conduct - - - and speech - - -of the defendants gave little reason for the court to depart from this principle.