In August Judge Robert Hinkle of the Northern District of Florida found in Brenner v. Scott that Florida's same-sex marriage bans in the constitution as Article I §27 and Florida Statutes §741.04(1) violated the Fourteenth Amendment.

Today, an Eleventh Circuit panel consisting of Judges Frank Hull, Charles Wilson, and Aldaberto Jordon in a brief Order in Brenner v. Armstrong granted expedited treatment of a motion to extend the stay of the preliminary injunction, but denied the motion. 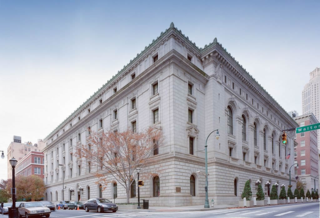 The stay of preliminary injunctions entered by the District Court expires at the end of the day on January 5, 2015.

Thus, unless there is en banc review or a United States Supreme Court stay, same-sex marriages will begin in Florida in first days of the new year.

Listed below are links to weblogs that reference Eleventh Circuit Denies Stay of Same-Sex Marriage Ban Injunction in Florida: