With the publication of the more than 500 page  "Executive Summary" of the Senate Select Committee on Intelligence Committee Study of the Central Intelligence Agency's Detention and Interrogation Program (searchable document here),  the subject of torture is dominating many public discussions.

A few items worth a look (or second look):

The French report will not surprise anyone familiar with Justice Scalia's discussion of torture from the 2008 "60 Minutes" interview discussed and excerpted here.

And while Justice Scalia contended that defining torture is going to be a "nice trick," LawProf David Luban's 2014 book Torture, Power, and Law offers very explicit definitions, even as it argues that these definitions can erode as torture becomes "normalized," seemingly giving credence to Scalia's point. 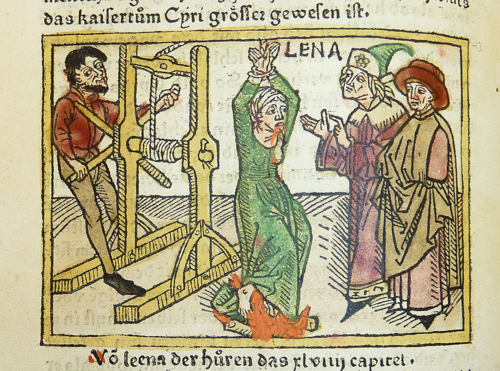 Listed below are links to weblogs that reference Daily Reads: On Torture: