Here is the gravamen of Judge Gergel's opinion:

This Court has carefully reviewed the language of South Carolina's constitutional and statutory ban on same sex marriage and now finds that there is no meaningful distinction between the existing South Carolina provisions and those of Virginia declared unconstitutional in Bostic. 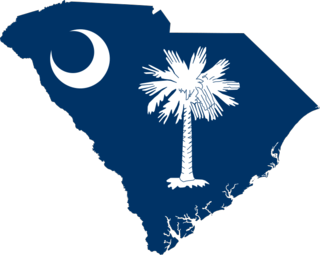 Recall that the Fourth Circuit in Bostic v. Schaefer held that Virginia's same-sex marriage laws should be evaluated by strict scrutiny because marriage is a fundamental right; not surprisingly, the bans did not survive the standard.  Recall also that the United States Supreme Court denied certiorari.

Moreover, Judge Gergel rejected the argument that  "same-sex couples should not look to the courts to protect their individual rights but to the 'usually reliable state democratic processes' for relief" as the Sixth Circuit's very recent opinion upholding state prohibitions of same-sex marriage declared, by noting that the Fourth Circuit rejected this same argument.

Judge Gergel did, however, dismiss Governor Nikki Haley as a defendant.  Judge Gergel noted that "simply being the state's chief executive sworn to uphold the laws is not sufficient" and there is "little evidence to support an argument that Defendant Haley has taken enforcement action or engaged in other affirmative acts to obstruct Plaintiffs' asserted fundamental right to marry. "  Judge Gergel specifically distinguished Bowling v. Pence, in which a federal judge reversed a prior order dismissing the Governor of Indiana as a defendant after he took "affirmative action to enforce the statute."

Judge Gergel issued a temporary stay of the injunction until November 20, 2014.