A day after the Sixth Circuit's divided decision upholding same-sex marriage bans in several states, and thus creating a circuit split (with the Supreme Court having denied certiorari to the Seventh, Tenth, and Fourth Circuit opinions holding to the contrary), United States District Judge Ortrie D. Smith of Missouri (and in the Eighth Circuit) has rendered an opinion in Lawson v. Kelly, finding Missouri's same-sex marriage ban unconstitutional.

Judge Smith's 18 page opinion agrees with the Sixth Circuit majority in one respect: The Supreme Court's opinion in Windsor v. United States holding DOMA unconstitutional is not dispositive.  However, Judge Smith also states that the Court's 1972  dismissal in Baker v. Nelson is not dispositive. 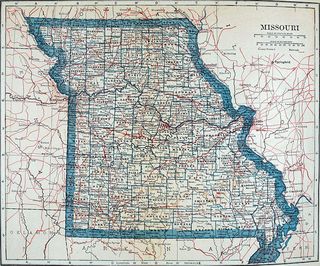 Judge Smith holds that under Eighth Circuit precedent, sexual orientation "is not a suspect class and that classifications based on sexual orientation are not subject to heightened review of any kind."  On that basis, he grants judgments on the pleadings to the defendants.

However, Judge Smith holds that the same-sex marriage bans are unconstitutional under the Fourteenth Amendment.  First, Judge Smith concludes that marriage is a fundamental right under the Due Process Clause, even as he notes that not all regulations of marriage are subject to strict scrutiny.  Following Zablocki v. Redhail, however, he applies the "interfere directly and substantially with the right to marry" standard and concludes that the "prohibition must be examined with strict scrutiny, and viewed in that light the restriction fails to satisfy the Due Process Clause’s dictates."

Additionally, Judge Smith analyzes the same-sex marriage ban under the Equal Protection Clause as a classification based on gender:

As Judge Smith avers, "Restrictions based on gender are subject to intermediate scrutiny."  He finds the standard is not satisfied:

The State has not carried its burden. Its sole justification for the restriction is the need to create rules that are predictable, consistent, and can be uniformly applied. Assuming this is a valid justification for a restriction, there is no suggestion as to why the gender-based classification is substantially related to that objective. A rule that ignores gender would be just as related to that objective and be just as easy to apply (and arguably would impose less of a burden on the Recorders of Deeds because they would not have to conduct any gender-based inquiry whatsoever). Regardless, administrative convenience is not a valid reason to differentiate between men and women.

Judge Smith therefore concluded that "section 451.022 of the Revised Missouri Statutes and Article I, section 33 of the Missouri Constitution, and any other provision of state law that precludes people from marrying solely because they are of the same gender violates the Due Process Clause and the Equal Protection Clause of the Fourteenth Amendment" and enjoined state officials from declining to issue same-sex marriage licenses although the Judge stayed the "effects of the judgment" until the judgment is final.