This is not surprising given the Tenth Circuit's opinions in Bishop v. Smith (finding Oklahoma's same-sex marriage prohibition unconstitutional) and Kitchen v. Herbert  (finding Utah's same-sex marriage prohibition unconstitutional and the United States Supreme Court's denial of certiorari in these cases a month ago.  As Judge Crabtree states: "When the Supreme Court or the Tenth Circuit has established a clear rule of law, our Court must follow it." 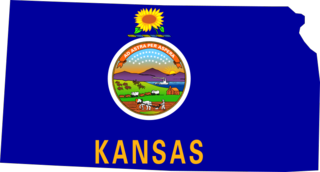 But, although the result may not be surprising, the opinion does have two odd aspects.

First, why is the opinion 38 pages?  Shouldn't this opinion be more like last month's four page opinion by the Arizona federal judge stating that it is bound by the Circuit opinion?   And indeed, Judge Crabtree's analysis of the Circuit precedent is relatively brief.  However, Judge Crabtree's opinion also contains not only a brief discussion of the parties and the challenged laws, but a careful consideration of a variety of other matters including those related to justicability and jurisdiction:

Additionally, Judge Crabtree considered an argument that the correct precedent was not the Tenth Circuit opinion, but a Kansas state court opinion (to which the United States Supreme Court denied certiorari).

Judge Crabtree rejected all of these arguments, but in a careful and considered manner.

Second, why did Judge Crabtree grant a stay to the defendants?  Judge Crabtree's answer is related to the length of the opinion.  He states that although

the Tenth Circuit has settled the substance of the constitutional challenge plaintiffs’ motion presents.  And under the Circuit’s decisions, Kansas law is encroaching on plaintiffs constitutional rights. But defendants’ arguments have required the Court to make several jurisdictional and justiciability determinations, and human fallibility is what it is; the Circuit may come to a different conclusion about one of these threshold determinations. On balance, the Court concludes that a short-term stay is the safer and wiser course.