November 20, as President Obama acknowledged again this year,  is "Transgender Day of Remembrance."   While the commemoration often focuses on violence against trans* people, it also provokes consideration of legal remedies to end discrimination.

In her article posted on ssrn, From Jack to Jill: Gender Expression as Protected Speech in the Modern Schoolhouse, Professor Danielle Weatherby (pictured) takes up the issue of differential treatment in schools.  Weatherby argues that the First Amendment has an important role to play in protecting gender expression: 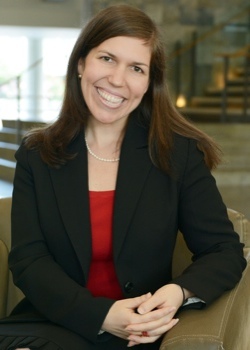 With the majority of states and municipalities having enacted strong anti-bullying and anti-discrimination laws, and the judiciary on the cusp of deciding “the great bathroom debate,” the impetus toward carving out new protections for transgender students is finally underway. Nonetheless, litigants on both sides of the debate are left confused, with little practical guidance directing their conduct.

Some litigants have advanced the innovative “gender expression as protected speech” argument in limited circumstances, such as challenges to a school’s decree that a transgender girl student could not wear female apparel and accessories; an employer’s refusal to allow a female employee, who was required to wear a pants uniform at work, wear a skirt; and even an employer’s policy requiring a transgender woman to use the men’s restroom until she proved through documentation that she had undergone sexual reassignment surgery. Yet, no transgender student has advanced the argument that her use of the girls’ restroom, like her feminine dress, feminine preferences, and feminine mannerisms, constitutes symbolic expression deserving of protection under the First Amendment.

An individual’s conduct in using a restroom designated as either “male” or “female” or “man” or “women” expresses that individual’s belief that she belongs in that designated category of persons. By choosing to enter a facility labeled for a specific gender group, that individual is effectively stating her association with that gender. Although no words may ever be uttered, there is a strong mental association between the designation affixed to a restroom door and the fact that only those individuals identifying with that designation would enter and use that facility. Therefore, since a transgender student’s selection of a particular restroom is “sufficiently imbued with elements of communication,” the conduct is expressive and sends a particularized message about the student’s gender identity.

Weatherby cautions that schools should not yield to the "heckler's veto" and should protect the First Amendment rights of trans* students to expression.  Ultimately, her argument is that such protection will eradicate the resort to violence. 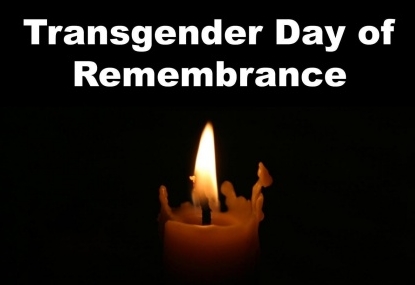 Listed below are links to weblogs that reference Daily Read: Weatherby on First Amendment Rights of Trans* Youth: