In an Order today, the United States Supreme Court granted certiorari in the closely-watched case of Williams-Yulee v. The Florida Bar involving a First Amendment challenge to a state rule prohibiting the personal solicitation of campaign contributions in a judicial election.

A candidate, including an incumbent judge, for a judicial office that is filled by public election between competing candidates shall not personally solicit campaign funds, or solicit attorneys for publicly stated support, but may establish committees of responsible persons to secure and manage the expenditure of funds for the candidate's campaign and to obtain public statements of support for his or her candidacy. Such committees are not prohibited from soliciting campaign contributions and public support from any person or corporation authorized by law. A candidate shall not use or permit the use of campaign contributions for the private benefit of the candidate or members of the candidate's family. 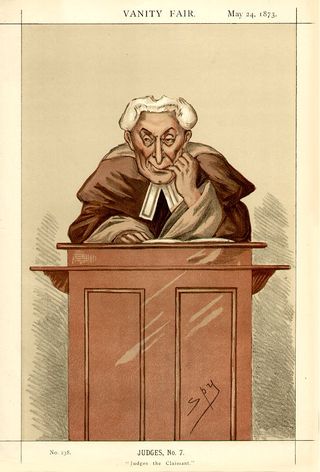 The Florida Supreme Court held that the Canon satisfied strict scrutiny, finding that there were two compelling governmental interests (preserving the integrity of the judiciary and maintaining the public's confidence in an impartial judiciary) and that the provision was narrowly tailored to serve these interests (the prohibition of direct fundraising nevertheless allows for the establishment of "campaign committees" to raise funds).

The Florida Supreme Court noted that "every state supreme court that has examined the constitutionality of comparable state judicial ethics canons" has upheld their constitutionality, citing opinions from the state supreme courts of Arkansas, Maine, and Oregon, opinions that the court discusses throughout its analysis.  The Florida Supreme Court footnotes this statement in an interesting manner:

[emphasis added].  Thus, the Florida Supreme Court declined to follow the Eleventh Circuit's finding that a similar judicial canon from Georgia, one of Florida's fellow-Eleventh Circuit states, was persuasive, observing that federal judges are not elected and seemingly implying that this may influence their reasoning.

Now that the United States Supreme Court has taken certiorari, however, it seems that the First Amendment issue will be resolved by Justices who are not elected.  Interestingly, since retiring from the Court, former Justice O'Connor has criticized judicial elections as dangerous to a fair and impartial judiciary, but of course she will not be amongst those making the ultimate decision.  Perhaps she will file an amicus brief?