By its terms, the new "Revictimization Act" passed by the Pennsylvania legislature and signed into law by the Governor today is more than a bit vague.  It provides:

(a)  Action.--In addition to any other right of action and any other remedy provided by law, a victim of a personal injury crime may bring a civil action against an offender in any court of competent jurisdiction to obtain injunctive and other appropriate relief, including reasonable attorney fees and other costs associated with the litigation, for conduct which perpetuates the continuing effect of the crime on the victim.

(b)  Redress on behalf of victim.--The district attorney of the county in which a personal injury crime took place or the attorney general, after consulting with the district attorney, may institute a civil action against an offender for injunctive or other appropriate relief for conduct which perpetuates the continuing effect of the crime on the victim.

(d)  Definition.--As used in this section, the term "conduct which perpetuates the continuing effect of the crime on the victim" includes conduct which causes a temporary or permanent state of mental anguish. 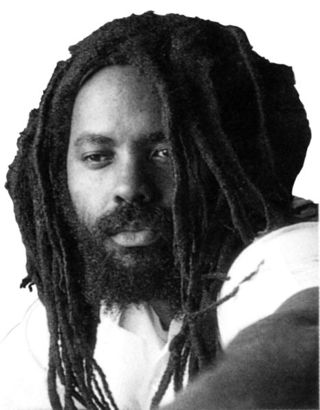 Press reports, including a segment on Democracy Now, make clear that the statute is directed at Mumia Abu-Jamal (pictured right).   Before signing the bill, the Governor reportedly visited a plaque commemorating the police officer Abu-Jamal was convicted of killing; the Governor was accompanied by the police officer's widow.  The Governor's  remarks stated that "convicted felons in prison" have "surrendered their rights" and further that "nobody has a right to continually taunt the victims of their violent crimes in the public square."

Whether any injunction against Mumia Abul-Jamal for making a speech to a graduating class - - - seemingly the incident that provoked this law - - - could survive a First Amendment challenge is doubtful.  Recall that the United States Supreme Court held unconstitutional the so-called "Son of Sam" law in Simon & Schuster v. Crime Victims Board (1991).  More recently, the Court decided Snyder v. Phelps (2011) essentially holding that free speech trumped the tort of intentional infliction of emotional distress.  As for prisoners, the applicable standard under Turner v. Safley (1987) interrogates the curtailment of First Amendment rights in relation to "legitimate penological interests."  Here, it seems, the government interest is far removed from penological interests, but instead focuses upon the interests of preventing "revictimization."

This might make an excellent in-class exercise for ConLawProfs.  Or perhaps it is so easy?

It's sure to be challenged.

UPDATE: And here's the challenge.

Listed below are links to weblogs that reference Pennsylvania's New Prisoner Speech Statute:

Pathetic attempt by a governor about to be an ex-governor to pull his chestnuts out of the fire by electrifying his base and stamping on the rights of prisoners. Will never survive a challenge at any level, and shameless abuse of power.

I don't see how this is constitutional.