Judge Juan Torruella's opinion for the unanimous panel first confronted the issue of whether the challenge to the zoning bylaws should be viewed as a facial challenge or as an as-applied challenge.  Here, there was "little practical distinction": there were only four plots of land within the "Adult Entertainment Overlay District" to which the bylaws applied.  But because the relief sought was an invalidation of the zoning bylaws, the court treated the challenge as a facial one.

Additionally, the court discussed whether the town's actions should be judged as content-based, thus meriting strict scrutiny, or should be judged as content-nuetral, meriting intermediate scrutiny.  The court withheld its conclusion, finding that the zoning bylaws failed even the more deferential intermediate scrutiny standard.

The problem for the Town was that its stated governmental interests - - - its proferred secondary effects - - - did not further a substantial governmental interest unrelated to the speech.  These interests were two: the town's "rural aethetics" and traffic.  The problem for the Town was that it sought to advance these interests only as to the Showtime Entertainment lot of the four lots and not as to the other lots occupied by a 6,900-square-foot self-storage facility, a drive-in movie theater with an estimated capacity of 700 vehicles,

and a 10,152-square-foot nightclub.   While the court clarified that its inquiry was not strictly a "underinclusive" one: "Nonetheless, we rightly pay attention to underinclusiveness where it reveals significant doubts that the government indeed has a substantial interest that is furthered by its proffered purpose."

Thus, as to the "rural aesthetics," the court noted that there was no cognizable difference between a large building hosting adult-entertainment or another large building.  The court also noted that counsel for the Town conceded at oral argument that "what's in the building" also mattered, thus seemingly acknowledging that this was a content-based regulation.  The traffic concerns suffered a similar fate, with the court finding no distinct traffic concerns for this type of business than for others along this heavily traveled route.

In some secondary effects cases, courts merely defer to studies, but here the court discussed them specifically (noting it conducted an "independent review of the studies") and found them lacking.  The studies had a common theme regarding the effect of adult-entertainment businesses on neighborhoods: the effect has a "limited radius."  This undermined the Town's fallback argument that Showtime Entertainment effected the rural aesthetic of the town as a whole, rather than the non-existing rural aesthetic along the busy highway.  Additionally, the court detailed the traffic studies, finding that they did not actually mention traffic, or were "largely anecdotal, rely nearly exclusively on personal perceptions rather than verifiable data, and include significant hedging language, such as indicating that increased traffic is merely a hypothesis."  The court also stated that in "several cases, they also make apparent that the true, primary concern is not traffic, but the type of patrons thought to visit adult-entertainment businesses," thus becoming content-based. 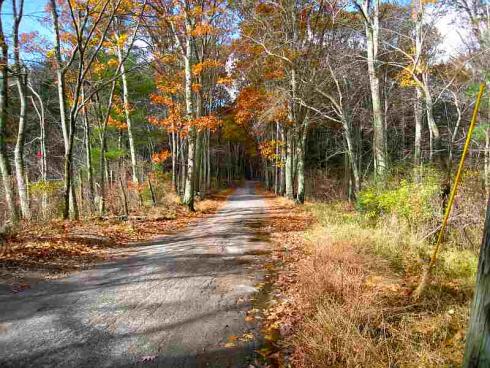 The secondary effects doctrine has proven a controversial one, with some of the Justices who first proffered the notion later disavowing it.  The First Circuit refreshingly gives the doctrine a rigorous application.

[images: the drive-in movie in Mendon via; the image of Mendon portrayed on its website via]