In Whole Woman's Health Center v. Lakey, the Fifth Circuit today issued a stay of the majority of the district judge's injunction against portions of Texas HB 2 passed despite a well-publicized filibuster by state senator Wendy Davis.  A panel of the Fifth Circuit in March upheld the admitting privileges provision after it had issued a stay of Judge Yeakel's decision enjoining the provision as unconstitutional.

This newest round of opinions consider the as-applied challenge to the admitting privileges provision combined with the the ambultory-surgical-center requirement.

In the stay opinion, authored by Judge Jennifer Elrod (pictured below) the majority states that there is some confusion concerning whether the district judge's opinion is actually limited to the as-applied challenge or whether it goes further. 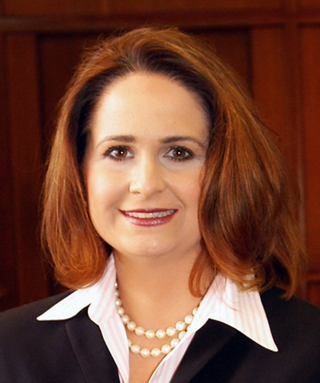 In our circuit, we do not balance the wisdom or effectiveness of a law against the burdens the law imposes.

the district court’s approach ratchets up rational basis review into a pseudo-strict-scrutiny approach by examining whether the law advances the State’s asserted purpose.  Under our precedent, we have no authority by which to turn rational basis into strict scrutiny under the guise of the undue burden inquiry.

It is this point on which Judge Stephen Higginson, concurring in part and dissenting in part, disagrees.  He states that he does not read the earlier HB 2 case, Abbott, "to preclude consideration of the relationship between the severity of the obstacle imposed and the weight of the State’s interest in determining if the burden is 'undue.'" And that consistent with the correct analysis, "the district court considered the weight of the State’s interest in its undue-burden review."

With one small exception - - -the district court’s injunction of the physical plant requirements of the ambulatory surgical provision remaining in force for El Paso - - - the Fifth Circuit stayed the district judge's injunction.  While the court states that the merits panel is not bound by its determination, it will certainly be persuasive when the Fifth Circuit considers the next round in the saga of the constitutionality of HB2.