In his  opinion in Conde-Vidal v. Garcia-Padilla, United States District Judge for the District of Puerto Rico Juan Perez-Gimenez dismissed the constitutional challenge to Puerto Rico's law defining marriage as "man and woman" and refusing recognition to marriages "between persons of the same sex or transexuals."

In large part, Judge Perez-Gimenez relied upon Baker v. Nelson, the United States Supreme Court's 1972 dismissal of a same-sex marriage ban challenge "for want of substantial federal question."  For Judge Perez-Gimenez, this dismissal remains binding precedent for several reasons.  Judge Perez-Gimenez finds that Baker remains good law despite the "nebulous 'doctrinal developments" since 1972.  He rejects the precedential value of Windsor v. United States in this regard: "Windsor does not - - - and cannot - - - change things."  He acknowledges and cites authority to the contrary, but finds it unpersuasive.  He specifically rejects the relevance of the Supreme Court's denial of certiorari from circuit decisions finding same-sex marriage bans unconstitutional in light of the more solid precedent of Baker v. Nelson. 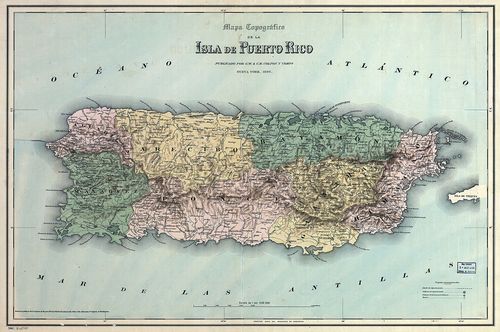 Judge Perez-Gimenez also grounds his adherence to Baker v. Nelson on the First Circuit's opinion in Massachusetts v. HHS, finding DOMA unconstitutional.  The First Circuit's discussion of Baker v. Nelson is somewhat unclear, but Judge Perez-Gimenez rejects the argument that they are dicta and further reasons even if the statements are dicta, "they would remain persuasive authority, and as such, further support the Court's independent conclusions about, and the impact of subsequent decisions on, Baker."

Judge Perez-Gimenez articulates a perspective of judicial restraint, articulating deference to the democtratic institutions of Puerto Rico and adherence to stare decisis.  But in the opinion's conclusion, he makes his own views clear:

Those are the well-tested, well-proven principles on which we have relied for centuries. The question now is whether judicial “wisdom” may contrive methods by which those solid principles can be circumvented or even discarded.

A clear majority of courts have struck down statutes that affirm opposite-gender marriage only. In their ingenuity and imagination they have constructed a seemingly comprehensive legal structure for this new form of marriage. And yet what is lacking and unaccounted for remains: are laws barring polygamy, or, say the marriage of fathers and daughters, now of doubtful validity? Is “minimal marriage”, where “individuals can have legal marital relationships with more than one person, reciprocally or asymmetrically, themselves determining the sex and number of parties” the blueprint for their design? *** It would seem so, if we follow the plaintiffs’ logic, that the fundamental right to marriage is based on “the constitutional liberty to select the partner of one’s choice.”

Although perhaps the challengers to the same-sex and "transsexual" marriages might seek to have the issue decided by the Puerto Rican Supreme Court.

Listed below are links to weblogs that reference Federal Judge in Puerto Rico Dismisses Challenge to Same-Sex Marriage Ban:

I would have respected him a lot more if he didn't start editorializing and moving past the "Baker v. Nelson requires it" judicial restraint argument. He did principled judicial restraint no favors there and deserves strong criticism for that part of his opinion.