With the denial of certiorari in James Risen's case by the United States Supreme Court in June 2014, from the Fourth Circuit's divided opinion in United States v. Sterling, the situation of James Risen is in limbo.  In large part, it was Risen's book, State of War that led to his current difficulties because he will not reveal a source. 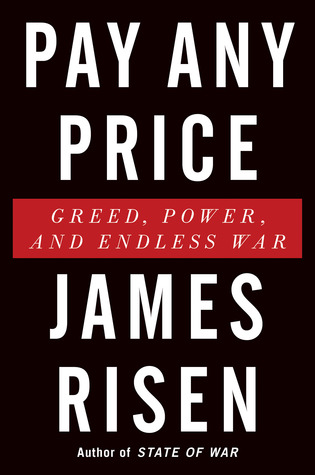 Now Risen has a new book, Pay Any Price: Greed, Power, and Endless War, just reviewed in the NYT.  As part of the book promotion - - - but also quite relevant to the case against Risen - - - Risen has made several media appearances of note, with the twist on the book title being that it's James Risen who is prepared to "pay any price" to protect his journalistic integrity (and by implication resist governmental power).

Perhaps the most populist of Risen's appearances is in an extended segment of the television show "60 minutes" including not only James Risen but others.  The segment explains and situates the controversy, including its current status under President Obama.  It also includes statements by General Mike Hayden that he is at least "conflicted" about whether Risen should be pursued for not divulging his source(s), even as Hayden expresses his view that NSA surveillance is "warantless but not unwarranted."

The entire segment is definitely worth watching:

Springboarding to some extent from General Hayden's remarks is Risen's extensive interview with Amy Goodman on Democracy Now (full video and the helpful transcript is here), in which Risen talks about his arguments in the book and a bit about his own predictament, concluding by saying:

AMY GOODMAN: So, you’re covering the very people who could put you in jail.

A third noteworthy appearance by Risen is his interview by Terry Gross on NPR's Fresh Air (audio and transcript available here).  One of the most interesting portions is near the end, with the discussion of the contrast to the celebrated Watergate investigation of Woodward and Bernstein and Risen's solution of a federal shield law for reporters.

For ConLawProfs teaching First Amendment, these "sources" could be well-used.

Listed below are links to weblogs that reference Daily Read (and Videos): James Risen on James Risen: