On Sunday afternoon before a Monday federal holiday, federal district judge Timothy Burgess of the District of Alaska issued an  opinion in Hamby v. Parnell  and immediately enjoined officials of the state of Alaska from enforcing either the statute or state constitutional provision barring same-sex marriages. 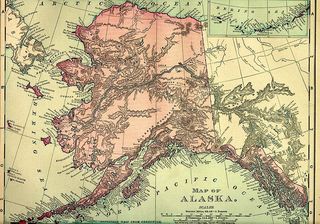 Judge Burgess' 25 page opinion predictably relied upon the Ninth Circuit's decision in Latta v. Otter concluding that the same-sex marriage bans of Idaho and Nevada violated the Equal Protection Clause and using the Circuit's heightened scrutiny standard for sexual orientation.  Judge Burgess also found that the Alaska laws violated the Due Process Clause because they infringe on the "fundamental right to choose whom to marry."

In the Due Process discussion,  Judge Burgess has an interesting invocation of originalism:

In Lawrence  [v. Texas],  the critical mistake identified by the Supreme Court in its earlier reasoning [in Bowers v. Hardwick]  is the same error made by Defendants in this case: in the desire to narrowly define the rights protected by the Fourteenth Amendment, they “fail[] to appreciate the extent of the liberty at stake.”

Our forefathers wrote the Bill of Rights hundreds of years ago and could not have predicted “the components of liberty in its manifold possibilities” as we see today. As the Supreme Court articulately explained, “those who drew and ratified the Due Process Clause[]...knew times can blind us to certain truths and later generations can see that laws once necessary and proper in fact only serve to oppress. As the Constitution endures, persons in every generation can invoke its principles in their own search for greater freedom.” The Plaintiffs in this case do not ask the Court to recognize an entirely new fundamental right to same-sex marriage; rather, Plaintiffs wish to participate in the existing liberty granted to other couples to make a deeply personal choice about a private family matter.

Alaska has filed an Emergency Motion for Stay Pending Appeal, arguing in part that there is a "reasonable likelihood the Ninth Circuit will rehear Latta en banc and thus vacate the panel's decision."  This is largely based on the Ninth Circuit's application of heightened scrutiny in the panel opinion.

But recall that this heightened scrutiny is based on SmithKline Beecham Corp. v. Abbott Labs, decided 10 months ago and which was denied a rehearing en banc.

And recall also that while Justice Kennedy of the United States Supreme Court granted a stay of Latta, he later clarified that the stay was only as to Idaho and not Nevada (although the Ninth Circuit's heightened scrutiny standard was applied to the laws of both states), and the stay vacated on Friday.

The Sixth Circuit heard argument in early August regarding cases14 from four states (Michigan, Kentucky, Tennessee, and Ohio) and could issue a decision at any time, and the Fifth Circuit has expedited argument of Louisiana and Texas cases and could issue a decision by end of this year. Accordingly, circumstances are likely to develop in which the Supreme Court is virtually obligated to review the issue.

Yet given the lack of endurance of previous stays, there is little reason to believe Alaska would be considered a different case.