The Third Circuit affirmed the district judge's extensive opinion from last November and reached the same conclusion as the Ninth Circuit did when reviewing a very similar California statute in  Pickup v. Brown, albeit on different grounds. 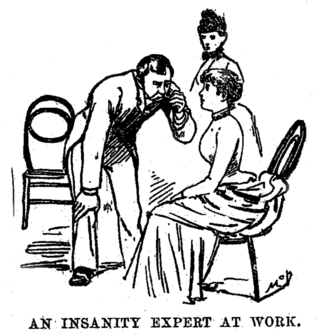 The Third Circuit's opinion by Judge D. Brooks Smith (and joined by Judges Vanaskie and Sloviter),  specifically disagrees with the Ninth Circuit's conclusion that SOCE is "conduct" rather than speech, a conclusion the New Jersey district judge essentially adopted.  The Third Circuit credits some of the reasoning of Ninth Circuit Judge O'Scannlain's "spirited dissent" from en banc review in Pickup as well the Supreme Court's Holder v. Humanitarian Law Project.  The Third Circuit rejected the principle that there is a sustainable line between utterances that are speech and those that are treatment:

consider a sophomore psychology major who tells a fellow student that he can reduce same- sex attractions by avoiding effeminate behaviors and developing a closer relationship with his father. Surely this advice is not “conduct” merely because it seeks to apply “principles” the sophomore recently learned in a behavioral psychology course. Yet it would be strange indeed to conclude that the same words, spoken with the same intent, somehow become “conduct” when the speaker is a licensed counselor.”  . . . .  As another example, a law student who tries to convince her friend to change his political orientation is assuredly “speaking” for purposes of the First Amendment, even if she uses particular rhetorical “methods” in the process.

Yet, the court concludes that although such utterances are speech, they are not "fully protected by the First Amendment" because they occur in a professional context.  In speech that occurs pursuant to the practice of a licensed profession - - - including fortune-tellers, a case on which the court relies - - - the speech is entitled to less protection.

Precisely, it is entitled to the same level of protection as commercial speech, although importantly the Third Circuit is careful not to hold that this professional speech is commercial speech.   In applying the intermediate scrutiny type standard derived from commercial speech, the court finds that the statute "directly advances” the government’s interest in protecting clients from ineffective and/or harmful professional services, and is “not more extensive than necessary to serve that interest.”

The court's distinction between professional and nonprofessional speech, however, may  suffer from the same lack of bright lines that it finds with the conduct/speech distinction.  The court stresses that professional speech occurs in the context of "personalized services to client based on the professional's expert knowledge and judgement."  But in rejecting an argument that the New Jersey statute makes a viewpoint distinction, the court states that the statute

allows Plaintiffs to express this viewpoint, in the form of their personal opinion, to anyone they please, including their minor clients. What A3371 prevents Plaintiffs from doing is expressing this viewpoint in a very specific way—by actually rendering the professional services that they believe to be effective and beneficial.

The Third Circuit's opinion also considered the challenge that the statute was vague and overbroad, noting that the Plaintiffs themselves claim to specialize in the very practice they argue is not sufficiently defined.  Similarly, the Third Circuit rejected the Free Exercise Clause claim, affirmed the district judge's conclusion on lack of standing to raise the claims of the minor clients (with some disagreement as to reasoning), and also affirmed on the intervention of an organization.

However, it is the free speech claim that it is the center of this controversy, with the Third Circuit carving out a "professional speech" category, in a disagreement with the Ninth Circuit (and on similar issues with other circuits as it notes), but clearly upholding the statute.

[images from "Ten Days in a Mad House, Nellie Bly, via]