In his 71 page  opinion in Ohio State Conference of the NAACP v. Husted, Judge Peter Economus has issued a preliminary injunction enjoining the Ohio legislature's amendments to the election code that limited early in-person voting.

This opinion is the latest installment in the early voting controversies in Ohio.  Recall that Judge Economus issued an order and opinion two years ago  enjoining the enforcement of new Ohio legislation and specifically restoring in-person early voting on the three days preceding Election Day for all eligible voters.   The Sixth Circuit, in its opinion in Obama for America v. Husted, upheld the injunction. 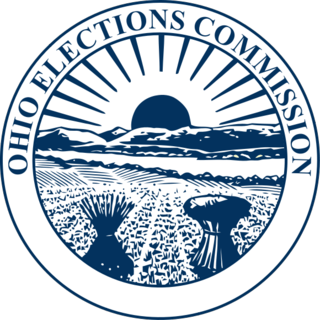 After that controversy, the Ohio legislature enacted SB 238, which had the effect of eliminating the so-called "Golden Week," the period when citizens could both register to vote and cast their ballots at the same time.   The Ohio Secretary of State, Jon Husted, also issued directives setting uniform early in-person (EIP) voting hours for the entire state, eliminating evening voting hours and most Sunday voting during the EIP periods.

Much of the judge's opinion considers the various expert and other evidence regarding the effect of these changes.  Ultimately, Judge Economus found that the changes violated the equal protection rights of certain groups, relying heavily on the Sixth Circuit's opinion in Obama for America v. Husted and Bush v. Gore.

Here's the judge's penultimate paragraph on the equal protection claim:

The Court must now weigh the significant burdens placed on voting by SB 238 and Directive 2014-17 against the offered justifications. As stated above, the Court has found these justifications to be relatively hollow, and, in some cases, not necessarily supported by logic. Accordingly, while the burdens imposed on the voting rights of African Americans, lower income voters, and the homeless are not severe, it cannot be said that they are outweighed by the offered justifications. For instance, there is virtually nothing in the record tending to justify why a uniform voting schedule could not include evening voting hours and additional Sunday voting, especially considering that such voting opportunities have been successfully offered by individual counties in past elections. While the Defendants have frequently noted that Ohio’s system of absentee voting is one of the most expansive in the entire Country, one of the touchstones of the Fourteenth Amendment’s Equal Protection guarantee in the context of voting rights is that actions of a State must “avoid arbitrary and disparate treatment of the members of its electorate.” Bush v. Gore, 531 U.S. 98, 105 (2000). Here, despite the expansiveness of Ohio’s voting system, the weakness of the offered justifications supporting SB 238 and Directive 2014-17 render them essentially arbitrary action when viewed against the burdens they impose on groups of voters. Such action is prohibited by the Equal Protection Clause. Thus, the Court’s conclusions regarding the Plaintiffs’ Equal Protection claim are easily summarized as follows: SB 238 and Directive 2014-17 arbitrarily make it harder for certain groups of citizens to vote.

On the nonconstitutional claim, §2 of the Voting Rights Act, the judge likewise found that there was a substantial likelihood that the challengers could prevail on the merits of their claim.

The judge entered a preliminary injunction regarding early voting for the November 2014 election, the first provisions of which are effective September 30.  If the state is to appeal, it will need to move quickly.