When the United States Supreme Court decided United States v. Apel in February 2014, the Court's analysis of a protest on/outside a military facility focused on the statutory construction issue and as the oral argument predicted, rebuffed the First Amendment issue.

But a key inquiry remains, for the fence, checkpoint, and painted line, while they do not alter the Base boundaries, may alter the First Amendment calculus. When the Government permits the public onto part of its property, in either a traditional or designated public forum, its “ability to permissibly restrict expressive conduct is very limited.” United States v. Grace, 461 U. S. 171, 177 (1983). In such venues, the Government may enforce “reasonable time, place, and manner regulations,” but those regulations must be “content-neutral [and] narrowly tailored to serve a significant government interest.” Ibid.

Today, a panel of the Ninth Circuit did not agree with Justice Ginsburg's identification of a "key issue" and quickly dispatched the First Amendment claim in its very brief per curiam opinion in United States v. Apel.  Here's the entirety of the analysis:

In light of the Supreme Court’s decision, Apel’s challenge to the applicability of 18 U.S.C. § 1382 to the facts of his case is denied. As to Apel’s defense that his conviction violates the First Amendment, we agree with the district court’s conclusion that “whether or not the designated protest area at Vandenberg Air Force Base is a public forum, the military may properly exclude recipients of valid bar letters, such as Mr. Apel, without violating the First Amendment.” See United States v. Albertini, 472 U.S. 675, 687–89 (1985); United States v. Walsh, 770 F.2d 1490, 1493 (9th Cir. 1985) (“Albertini indicates that whether or not a base is a public forum, the military may exclude recipients of bar letters without violating the First Amendment.”).

Thus, Apel's extended protest outside the Vandenberg Air Force Base can be criminalized. 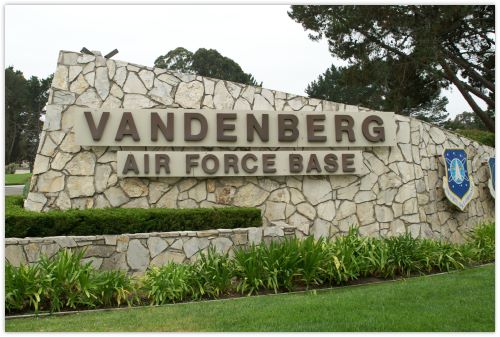