Recall that in February of 2014, a panel of the Ninth Circuit in Dariano v. Morgan Hill Unified School District rejected a claim by students that their constitutional rights were violated when school officials banned their American flag clothing during a Cinco de Mayo celebration.

The en banc Ninth Circuit has now denied en banc review, over a dissent, and issued an amended panel opinion which adds several paragraphs of analysis. 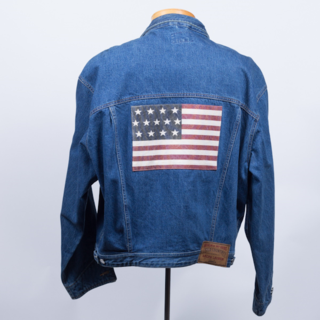 Dissenting from the denial of rehearing en banc, Judge O’Scannlain, joined by Judges Tallman and Bea, argued that the reaction of other students to the flag-clothing wearing students amounted to a " heckler’s veto" which the panel wrongly validated.  Moreover, the dissent argued that this created a circuit split with the Seventh Circuit, relying on Zamecnik v. Indian Prairie School District No. 204, decided in 2011. Judge Posner's opinion in Zamecnik concluded that the students wearing the "Be Happy Not Gay" t-shirt was protected by the First Amendment (although  importantly Posner did not highlight any possible violence in that case).   The dissenting opinion from en banc review by O'Scannlain does not include the Sixth Circuit's Bible Believers v. Dearborn County decided less than a month ago in which the court extensively analyzed the heckler's veto doctrine and found the speech could be limited.  As to the "confederate flag" cases on which the original panel relied, the dissent from en banc review by O'Scannlain distinguished situations dealing  "solely with a symbol that is 'widely regarded as racist and incendiary.'”

We recognize that, in certain contexts, limiting speech because of reactions to the speech may give rise to concerns about a “heckler’s veto.” [fn 7] But the language of Tinker and the school setting guides us here. Where speech “for any reason . . . materially disrupts classwork or involves substantial disorder or invasion of the rights of others,” school officials may limit the speech. Tinker, 393 U.S. at 513. To require school officials to precisely identify the source of a violent threat before taking readily-available steps to quell the threat would burden officials’ ability to protect the students in their charge—a particularly salient concern in an era of rampant school violence, much of it involving guns, other weapons, or threats on the internet—and run counter to the longstanding directive that there is a distinction between “threats or acts of violence on school premises” and speech that engenders no “substantial disruption of or material interference with school activities.” Id. at 508, 514; see also id. at 509, 513.

In the school context, the crucial distinction is the nature of the speech, not the source of it. The cases do not distinguish between “substantial disruption” caused by the speaker and “substantial disruption” caused by the reactions of onlookers or a combination of circumstances. See, e.g., Taylor v. Roswell Indep. Sch. Dist., 713 F.3d 25, 38, 38 n. 11 (10th Cir. 2013) (observing that “Plaintiffs note that most disruptions occurred only because of wrongful behavior of third parties and that no Plaintiffs participated in these activities . . . . This argument might be effective outside the school context, but it ignores the ‘special characteristics of the school environment,’” and that the court “ha[d] not found[] case law holding that school officials’ ability to limit disruptive expression depends on the blameworthiness of the speaker. To the contrary, the Tinker rule is guided by a school’s need to protect its learning environment and its students, and courts generally inquire only whether the potential for substantial disruption is genuine.” (quoting Tinker, 393 U.S. at 506)); Zamecnik, 636 F.3d at 879–80 (looking to the reactions of onlookers to determine whether the speech could be regulated); Holloman ex rel. Holloman v. Harland, 370 F.3d 1252, 1272 (11th Cir. 2004) (looking to the reactions of onlookers to determine whether a student’s expression “cause[d] (or [was] likely to cause) a material and substantial disruption”) (alterations and internal quotation marks omitted).

Perhaps no cases illustrate this principle more clearly than those involving displays of the Confederate flag in the school context. We respect the American flag, and know that its meaning and its history differ greatly from that of the Confederate flag. Nevertheless, the legal principle that emerges from the Confederate flag cases is that what matters is substantial disruption or a reasonable forecast of substantial disruption, taking into account either the behavior of a speaker—e.g., causing substantial disruption alongside the silent or passive wearing of an emblem—or the reactions of onlookers. Not surprisingly, these cases also arose from efforts to stem racial tension that was disruptive. Like Dariano, the reasoning in these cases is founded on Tinker. See, e.g., Hardwick, 711 F.3d at 437 (Fourth Circuit case upholding school officials’ ban on shirts with labels like “Southern Chicks,” “Dixie Angels,” and “Daddy’s Little Redneck,” and the Confederate flag icon, even though the bearer contended that hers was a “silent, peaceable display” that “even drew positive remarks from some students” and “never caused a disruption” because “school officials could reasonably forecast a disruption because of her shirts” (internal quotation marks omitted)); A.M. ex rel. McAllum v. Cash, 585 F.3d 214, 223 (5th Cir. 2009) (noting that “[o]ther circuits, applying Tinker, have held that administrators may prohibit the display of the Confederate flag in light of racial hostility and tension at their schools”); Barr v. Lafon, 538 F.3d 554, 567–68 (6th Cir. 2008) (noting the “disruptive potential of the flag in a school where racial tension is high,” and that “[o]ur holding that the school in the circumstances of this case reasonably forecast the disruptive effect of the Confederate flag accords with precedent in our circuit as well as our sister circuits”).[fn8]

Whether these additional paragraphs are sufficient to ameliorate the concerns that might be raised in a petition for certiorari is now the question.

The hostile audience doctrine is unpalatable, because it permits silencing a speaker engaged in high constitutional value speech based solely upon the reaction of the audience. It is hard to argue with the premise: if the speech will result in a serious danger to the public, government should be able to take action to avoid that danger. Two important corollaries should be kept in mind. The government has a good faith obligation to seek to control the violence, and only if it cannot do so in a way other than silencing the speaker, is the silencing justified. Has this been considered and addressed by the courts in these cases? In addition, after the threat of violence is over, any punishment inflicted on a speaker for refusing to be silenced should be ameliorated if the speech was otherwise permissible.
The need for a hostile audience doctrine arises only from the evil and stupidity of humans (not an original thought, I recognize). How dare anyone express a view with which I disagree?