Recall that the United States Supreme Court heard the case as Susan B. Anthony List v. Driehaus  last Term and unanimously held that the case was ripe for review, reversing the Sixth Circuit.  The Court's opinion made little mention of the substantive First Amendment arguments, although at oral argument, counsel for the anti-abortion group Susan B. Anthony List, referred to the Ohio Election Commission as a "ministry of truth," a characterization later echoed by Justice Scalia. 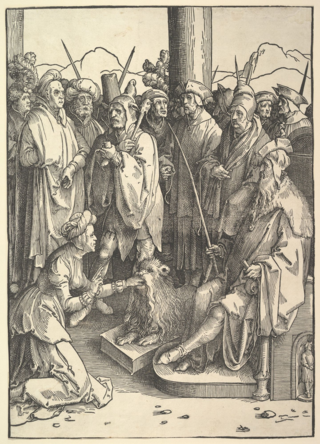 Judge Black refrains from an explicit Orwellian allusion, but he expresses a similar sentiment: "we do not want the Government (i.e., the Ohio Elections Commission) deciding what is political truth." (bold underlining in original).  However, Judge Black does resort to a phrase attributed to the character Frank Underwood in the television show House of Cards: “There’s no better way to overpower a trickle of doubt than with a flood of naked truth.” (bold underlining in original).

Doctrinally, Judge Black relies on United States v. Alvarez in which the Court found the “Stolen Valor” statute unconstitutional, noting that the four Justice plurality held that strict scrutiny should apply and concluding that the federal statute was not necessary to achieve compelling interests and that less restrictive alternatives existed.

In considering the compelling government interest prong, Judge Black distinguished McIntyre v. Ohio Elections Committee (1995), the Court held unconstitutional a state statute prohibited the distribution of campaign literature that does not contain the name and address of the person or campaign official issuing the literature.  This "right to be anonymous" seemed to rest in part on the government interest in ensuring truthfulness, but as Judge Black writes:

However, in McIntyre, the Supreme Court did not describe the state interest in preventing false speech as “compelling” or even “substantial,” saying only that it was “legitimate” and has “special weight during election campaigns.”  McIntyre expressly refrained from any decision regarding the constitutionality of Ohio’s political false-statements laws. Moreover, Defendants cite no evidence that the false statements laws are “actually necessary” to achieve their interest. To be actually necessary, there must be a direct causal link between the restriction imposed and the injury to be prevented. Id.6 Here, instead, Defendants admit that “the consequences of deceptive false statements on elections are ... inherently difficult to quantify.”

As to the narrowly tailored prong, Judge Black found that the statute chilled protected truthful speech, especially important in the political context.  Judge Black again emphasizes that the remedy for false speech is true speech, even as he notes that he is not convinced that "counterspeech will always expose lies," especially "in the wake of Citizens United."  Nevertheless, the problem of government-determined truth is problematical:

we certainly do not want the Government (i.e., the OEC) deciding what is political truth anyway, for fear that the Government might persecute those who criticize the Government or its leaders. Ultimately, whether or not it is possible to create a system by which impartial citizens could identify lies from the truth is unclear. What is crystal clear, however, is that Ohio’s statutes fail in this respect. The process is inherently flawed.

Judge Black issued both a preliminary and permanent injunction so that the decision is a "final, appealable Order."  Whether or not Ohio officials will choose to return to the Sixth Circuit remains to be seen.