In her new book, Corruption from Harvard University Press, ConLawProf Zephyr Teachout argues that campaign finance reform is constitutional and that the anti-corruption principle is one that originalists should embrace rather than disparage. 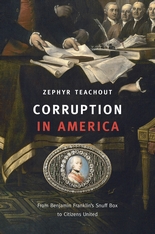 Here's a bit from the publisher's description:

When Louis XVI presented Benjamin Franklin with a snuff box encrusted with diamonds and inset with the King’s portrait, the gift troubled Americans: it threatened to “corrupt” Franklin by clouding his judgment or altering his attitude toward the French in subtle psychological ways. This broad understanding of political corruption—rooted in ideals of civic virtue—was a driving force at the Constitutional Convention.

For two centuries the framers’ ideas about corruption flourished in the courts, even in the absence of clear rules governing voters, civil officers, and elected officials. Should a law that was passed by a state legislature be overturned because half of its members were bribed? What kinds of lobbying activity were corrupt, and what kinds were legal? When does an implicit promise count as bribery? In the 1970s the U.S. Supreme Court began to narrow the definition of corruption, and the meaning has since changed dramatically. No case makes that clearer than Citizens United.

Teachout has argued her position in op-eds in the Washington Post and in Politico after the Court's decision last term in McCutcheon v. FEC, (more of our McCutcheon discussion is here, here, here, and here). 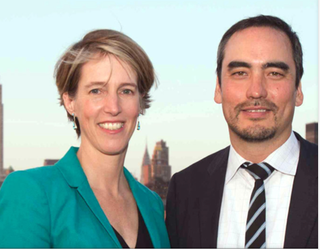 Additionally, Teachout - - - along with Tim Wu, also a law professor - - -  is running for state wide office in New York.  Teachout is running for Governor against the incumbent Andrew Cuomo and Wu is running for Lieutenant Governor in next week's primary election.  (Teachout prevailed in lawsuits brought by the Cuomo campaign challenging her eligibility based on residency).   Interestingly, the New York Times endorsed Wu, but did not endorse either Teachout or Cuomo in the Governor's race, citing Teachout's lack of demonstrated "breadth of interests and experience needed to govern a big and diverse state" and Cuomo's  failure to keep his "most important promise" of addressing "corruption."  The primary is September 9.

Listed below are links to weblogs that reference Daily Read: Zephyr Teachout on (Anti-) Corruption :