CFP: Ferguson Conference at University of Missouri School of Law

A call that should be of interest to many ConLawProfs:

A Critical Examination of the Events in Ferguson

at the University of Missouri 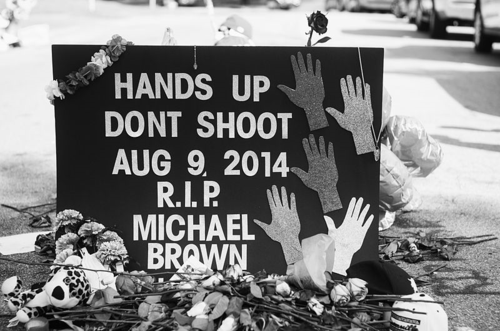 Here are some details on the call for works-in-progress:

The University of Missouri Law Review is issuing a call for proposals for an upcoming Works-in-Progress conference, which will be held on Thursday, February 26, 2015 in conjunction with the Missouri Law Review’s Symposium, which will take place the following day Friday, February 27, 2015. The symposium, "Policing, Protesting, and Perceptions: A Critical Examination of the Events in Ferguson," focuses on a number of issues that arose from the events in Ferguson, Missouri this past August following the shooting of Michael Brown, and will include a number of invited panelists. Marc Mauer, the Executive Director of The Sentencing Project, will deliver the keynote address. On Thursday, February 26, 2015, the Missouri Law Review will host several works-in-progress panels related to the subject matter of the symposium.

If you interested, we would ask that you submit a presentation proposal. Presentation proposals should be no more than one page in length. The topic of the presentation can include analyses that are practical, theoretical or interdisciplinary in nature relating to what transpired in Ferguson, MO. Proposals from scholars outside the United States are also welcome, although prospective attendees should note that there is no funding available to assist participants with their travel expenses. Proposals for the works-in-progress will be accepted until November 15, 2014. Those interested may submit proposals and direct questions to Professor S. David Mitchell (MitchellSD AT missouri.edu). Decisions regarding accepted proposals will be made by December 1, 2014.

Listed below are links to weblogs that reference CFP: Ferguson Conference at University of Missouri School of Law: