The court held that an injunction of the former type would be constitutional, while the latter would not. 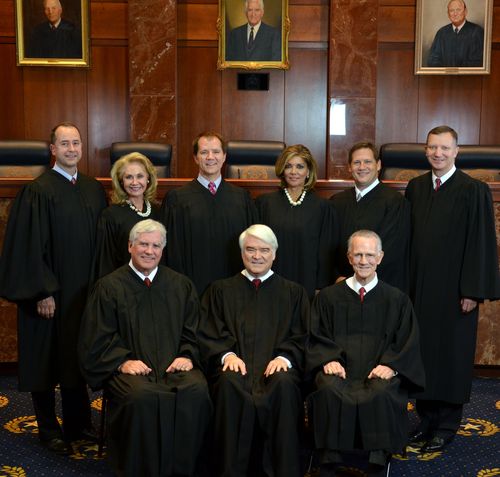 The court's opinion, authored by Justice Debra Lehrmann, squarely rested its conclusion on state constitutional law, TEX. CONST. art. I, § 8, even as it relied heavily on United States Supreme Court cases on prior restraint under the First Amendment.  However, the court specifically declined to "determine whether the Texas Constitution provides greater protection than the First Amendment on the specific issue presented to us, as the U.S. Supreme Court has not definitively addressed it."

The trial and intermediate appellate court both granted summary judgment in favor of the defendant based on the unconstitutionality of the relief sought.  However, the court found that an injunction could

order Barnes to remove the statements at issue from his websites (and request that third-party republishers of the statements do the same) upon a final adjudication that the statements are defamatory. Such an injunction does not prohibit future speech, but instead effectively requires the erasure of past speech that has already been found to be unprotected in the context in which it was made. As such, it is accurately characterized as a remedy for one’s abuse of the liberty to speak and is not a prior restraint.

This would be true assuming that the standards for an injunction were otherwise met, with the understanding that damages are the preferred remedy for defamation.  However, as to future statements, an injunction would be an impermissible prior restraint, in part because it would be almost necessarily overbroad:

The particular difficulty in crafting a proper injunction against defamatory speech is rooted in the contextual nature of the tort. In evaluating whether a statement is defamatory, the court construes it “as a whole in light of surrounding circumstances based upon how a person of ordinary intelligence would perceive the entire statement.” [citation omitted].  Given the inherently contextual nature of defamatory speech, even the most narrowly crafted of injunctions risks enjoining protected speech because the same statement made at a different time and in a different context may no longer be actionable. Untrue statements may later become true; unprivileged statements may later become privileged.

Yet in some ways, this observation highlights the problem with the removal of the adjudged defamatory statement.  It too is contextual and time-bound, but arguably this becomes (temporarily) determined if there is a finding that it is defamatory.

The court rejected the notion that "the Internet is a game-changer" and also rejected the assertion of the importance of "cyber-bullying and online hate speech": "It is enough to say that neither of those is at issue here."

Listed below are links to weblogs that reference Texas Supreme Court: Injunction Prohibiting Future Defamation an Unconstitutional Prior Restraint But . . . :