A divided Sixth Circuit considered the problem of the hecklers' veto, as well as free exercise and equal protection claims, in its opinion today in Bible Believers v. Dearborn County, with the majority of the panel finding that the district judge's grant of summary judgment in favor of the government should be affirmed. 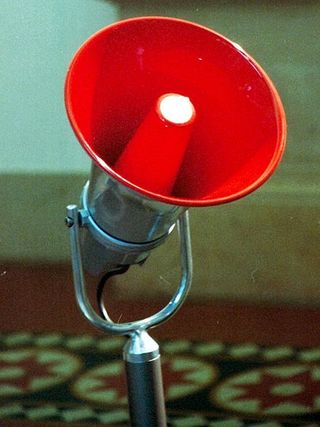 The controversy arose when a group known as the "Bible Believers," Evangelical Christians, came to the Arab International festival on the streets of Dearborn, Michigan - - - as they had done the year before - - - to "preach."  Their speech included "strongly worded" slogans on signs, t-shirts, and banners (e.g., "Islam Is A Religion of Blood and Murder"),  a "severed pig's head on a stick" (intended to protect the Bible Believers by repelling observers who feared it), statements through a megaphone castigating the following of a "pedophile prophet" and warning of "God's impending judgment."   A crowd gathered, seemingly mostly of children, who yelled back and threw items at the preachers.  A law enforcement asked the Bible Believers to leave, and - when pressed - saying they would be cited for disorderly conduct: "You need to leave. If you don’t leave, we’re going to cite you for disorderly. You’re creating a disturbance. I mean, look at your people here. This is crazy!”  They were eventually escorted out.

On the free speech claim, the opinion written by Judge  Bernice Donald found there was little disagreement that the Bible Believers "engaged in protected speech" and "that the Festival constituted a traditional public forum."

More contentious, however, was whether the  government's actions were "content neutral."  The court first concluded that the operations plan was to "ensure safety and keep the peace" and thus to be evaluated under the standard of Ward v. Rock Against Racism.   But the court also extensively analyzed whether the heckler's veto principle was operative: "[l]isteners’ reaction to speech is not a content-neutral basis for regulation,” citing Forsyth Cnty. v. Nationalist Movement (1992).  Yet raising listener "reactions" circles back to the issue of whether the speech was protected and the court  discussed two Supreme Court cases from the mid-twentieth century—Terminiello v. City of Chicago, 337 U.S. 1 (1949), and Feiner v. New York, 340 U.S. 315 (1951)— as providing "some initial boundaries for the heckler’s veto doctrine."   In applying these cases, as well as Cantwell v. Connecticut, 310 U.S. 296 (1940) (as Sixth Circuit precedent), the court, referencing a video from Festival incident, found that there was actual violence and that law enforcement was simply discharging their duty to maintain the peace and removing the speakers for their own protection.

For Judge Eric Clay, dissenting, "law enforcement is principally required to protect lawful speakers over and above law-breakers."  Judge Clay also notes that it was the government that moved for summary judgment and that reliance on a video is problematical:

The key fact in our case, by contrast, is the question of Plaintiffs’ intent. That is not a fact shown on the videotape—it is an idea that existed in the mind of the speakers. Jurors might conceivably find an intent to incite based on inferences drawn from Plaintiffs’ sermonizing. We judges are prohibited from doing so.

While there are free exercise, equal protection, and municipal liability isses, the majority treats these summarily, and clearly the central issue is speech that provokes - - - and may be intended to provoke - - - a violent reaction from a crowd.