United States District Judge Myron Thompson, in a lengthy opinion in Planned Parenthood Southeast v. Strange, concluded that the staff-privileges requirement of Alabama’s Women’s Health and Safety Act of 2013, 1975 Ala. Code § 26-23E-4(c), is unconstitutional as applied to the plaintiffs.

In considering whether the hospital admitting privileges requirement, especially given that hospitals were not deeming physicians eligible to apply, Judge Thompson found it constituted an undue burden.  He did note and rely on last week's Fifth Circuit decision in Jackson Women's Health Organization v. Currier in which the appellate court concluded that the admitting privileges requirement that would operate to close the only abortion clinic in Mississippi was an undue burden, in part because a state could not shift its responsibilities to other states.

The Alabama situation, however, was different as Judge Thompson noted:

This court does not need to resolve the legal issue of whether to consider out-of state clinics because, even if this court were to consider those clinics, it would reach the same conclusion. The out-of-state clinic nearest to any of the three cities at issue in this case is in Pensacola, Florida, approximately 50 miles away from Mobile. The Columbus, Georgia clinic is approximately 80 miles away from Montgomery. A woman in Mobile traveling to Pensacola or in Montgomery traveling to Columbus would still face the same threshold difficulties related to losing an abortion clinic in her home city; she would still have to overcome the challenges of the first 50 miles. Furthermore, the record does not support the conclusion that the Pensacola and Columbus clinics could actually accommodate an influx of patients from Alabama, and, in fact, the evidence from the Huntsville and Tuscaloosa clinics, discussed below, shows that it is not always easy for a clinic to increase capacity and suggests that the out-of-state clinics may not be able to treat large numbers of new women from Alabama.

The court also observed that if it looked outside the state's borders, it should not only look south and east but west as well.  West of Alabama is Mississippi, and the court duly cites Jackson Women's Health Organization. 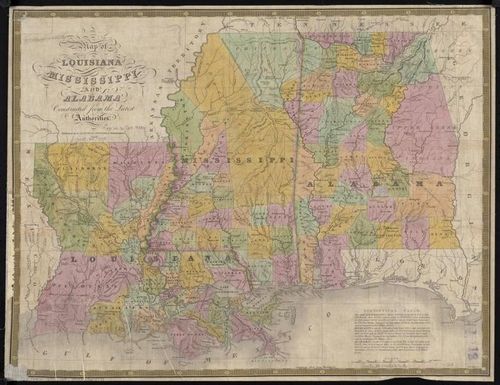 As the judge clarifies, he "reaches no conclusions on these matters, but hastens to point out that an out-of- state analysis is both much more complicated than the State suggests and potentially harmful, on balance, to the State’s case."

Moreover, the judge refused to deem the Fifth Circuit's decision in Abbott (on Texas's HB 2) as setting a per se rule that 150 miles of travel was not an undue burden.  Instead, he found that the consideration of undue burden should be very specific and focused on the undue burden that the Alabama regulation would have on urban women rather than rural women.

The court carefully considered the state's two proffered interests, the relationship of those interests, and then considered the undue burden, and anchored the conclusions in the testimony that is extensively discussed.
The judge is seeking additional "input" from the parties before fashioning final relief, but it will remain to be seen whether the Eleventh Circuit finds either of the approaches of the Fifth Circuit - - - Abbott or Jackson Women's Health Organization - - - when the Alabama case is appealed.