The Ninth Circuit's opinion in Arizona Dream Act Coalition v. Brewer reversed the denial of a preliminary injunction finding that the plaintiffs had a substantial likelihood of success on their equal protection claim. 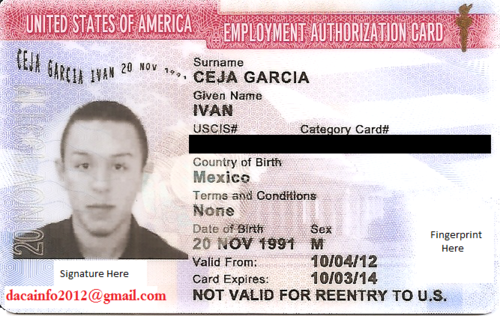 The major rationale proffered by Arizona for its disparate treatment between classes of noncitizens was that "it is rational to accept (c)(9) and (c)(10) Employment Authorization Documents as proof that the holder’s “presence . . . is authorized under federal law,” Ariz. Rev. Stat. Ann. § 28-3153(D), because persons with (c)(9) and (c)(10) documents “[are] on a path to lawful status,” while DACA recipients are not."  The court was "unconvinced" that Arizona  "defined 'a path to lawful status' in a meaningful wa," reasoning that "noncitizens’ applications for adjustment of status or cancellation of removal are often denied, so the supposed 'path' may lead to a dead end."

But even so, the court - - - in what could be considered a back door preemption argument - - - noted that states, including Arizona, “enjoy no power with respect to the classification of aliens,” citing Plyler v. Doe, "so their attempt to distinguish between these noncitizens on the basis of an immigration classification that has no basis in federal law is not likely to withstand equal protection scrutiny."

The court likewise rejected the other four rationales raised by Arizona:

The district judge had similarly found these rationales were not persuasive, but had denied the preliminary injunction for failure to show sufficient irreparable harm.  The Ninth Circuit found there was such harm, faulting the district judge for seeking to "evaluate the severity of the harm to Plaintiffs, rather than simply determining whether the harm to Plaintiffs was irreparable."

Listed below are links to weblogs that reference Ninth Circuit Finds DACA Plaintiffs Entitled to Preliminary Injunction to Receive Drivers' Licenses in Arizona: