In its opinion in People v. Marquan M, the New York Court of Appeals (NY's highest court), found that Albany Local Law 11 (2010)  criminalizing cyberbullying was unconstitutional under the First Amendment.

The local law for Albany County criminalized cyberbullying against any "minor or person" (with "person" interestingly defined as including corporations) with cyberbullying defined as:

any act of communicating or causing a communication to be sent by mechanical or electronic means, including posting statements on the internet or through a computer or email network, disseminating embarrassing or sexually explicit photographs; disseminating private, personal, false or sexual information, or sending hate mail, with no legitimate private, personal, or public purpose, with the intent to harass, annoy, threaten, abuse, taunt, intimidate, torment, humiliate, or otherwise inflict significant emotional harm on another person. 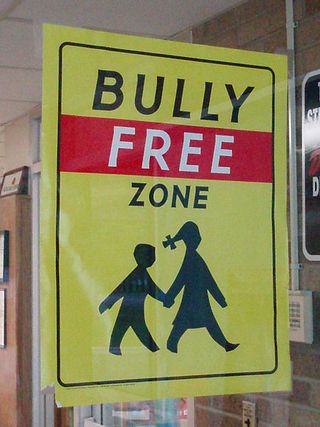 The majority opinion, authored by Judge Victoria Graffeo for four additional judges over a two-judge dissent, found that the law was overbroad under the First Amendment: "the provision would criminalize a broad spectrum of speech outside the popular understanding of cyberbullying, including, for example: an email disclosing private information about a corporation or a telephone conversation meant to annoy an adult."

The defendant and his actions here - - - a 15 year old who used Facebook to anonymously post "photographs of high-school classmates and other adolescents, with detailed descriptions of their alleged sexual practices and predilections, sexual partners and other types of personal information," with "vulgar and offensive" "descriptive captions" - - -  were within the "cyberbullying" that the Local Law intended to proscribe.  But even Albany County agreed that the local law was overbroad.  However, the County argued that the severability clause of the local law should be employed to excise the word "person" so that the only covered victims were minors.  But the court found that even that would not "cure all of the law's constitutional ills."   The dissenters would have engaged in saving constructions.

However, the court's opinion offers little guidance about how such a law or policy should be drafted.  New York's Dignity for All Students Act  as amended in 2012 places the responsibility for developing "policies and procedures intended to create a school environment that is free from harassment, bullying and discrimination" on school boards.  While Albany's law was a general criminal statute, school boards will undoubtedly be considering Marquan M. as they review their current "cyberbullying" prohibitions in light of the First Amendment.  They may also be recalling the Third Circuit's unhelpful intervention in a pair of "My Space" cases in which principals were arguably "bullied.

And undoubtedly, those interested in cyberbullying in and out of schools will be watching the "true threats on Facebook case," Elonis v. United States, to be heard by the United States Supreme Court next Term.

I have to disagree slightly with your description of the Court's reasoning. Although the Court said that deleting the word "person" would not "cure all of the law's constitutional ills," that discussion was in the context of how much of the law would need to be altered in order to save it. In other words, the other problematic statutory language (which the government didn't seem to be disputing was problematic) was so pervasive that the court could not sever it without effectively rewriting the statute such that it would become void on vagueness grounds.