A panel of the Fifth Circuit in its opinion today in Jackson Women's Health Organization v. Currier upheld the district judge's injunction against the enforcement of a restrictive abortion statute known as  Mississippi HB 1390.

The statute required physicians performing abortions to have admitting privileges to a nearby hospital.   As the court noted, a similar provision in Texas (HB 2) was recently upheld by the Fifth Circuit in Planned Parenthood of Texas Surgical Providers v. Abbott. As to the rational basis of such a law, the panel stated it was "bound" by Abbott as precedent to accept that the Mississippi statute survives a constitutional challenge. 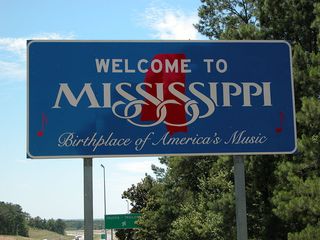 Regarding undue burden, however, the panel majority, in an opinion by Judge E. Grady Jolly  (who interestingly hails from Mississippi) and joined by Judge Stephen Higginson, the effects of HB 1390 were relevant in this as-applied challenge.   In assessing the undue burden, the court found it highly relevant that “if enforced, the admitting privileges requirement would likely require JWHO, the only currently licensed abortion facility in Mississippi, to lose its license.”   The panel rejected the State's attempt to "walk back" this statement - - - which is actually a quote from the State's opening brief - - - as "too little, too late."  Additionally, the majority found it important that the hospitals had rejected the physicians' applications for admitting privileges based on the fact that the physicians performed abortions.

The central - - - and exceedingly interesting - - - question of the undue burden analysis is the relevance of the clinic's status as the only abortion clinic remaining in Mississippi.  The State argued that there is no undue burden because women could travel to another state and many of these distances would not be unduly burdensome in and of themselves.  Recall that in Planned Parenthood of S.E. Penn. v. Casey, 505 U.S. 833 (1992) the plurality opinion rejected the contention that traveling long distances constituted an undue burden.  But, as Judge Jolly notes, there was no suggestion that women should have to go to neighboring states in Casey or in any other opinion, and there is at least one circuit court opinion that finds it "dispositive" that women had to leave the state to exercise their constitutional right.

Additionally - - - and this is the interesting part - - - the court relies upon State of Missouri ex rel. Gaines v. Canada, 305 U.S. 337 (1938) in the United States Supreme Court rejected Missouri's argument that its failure to admit an African-American man to its law school was essentially cured by its offer of a tuition stipend to allow Mr. Gaines to attend law school in another state.  Here's the passage from Gaines that Judge Jolly finds worthy of quoting at length:

[T]he obligation of the State to give the protection of equal laws can be performed only where its laws operate, that is, within its own jurisdiction. . . . That obligation is imposed by the Constitution upon the States severally as governmental entities, —each responsible for its own laws establishing the rights and duties of persons within its borders. It is an obligation the burden of which cannot be cast by one State upon another, and no State can be excused from performance by what another State may do or fail to do. That separate responsibility of each State within its own sphere is of the essence of statehood maintained under our dual system.

Id. at 350.  Judge Jolly admits that Gaines can be distinguished, but finds Gaines nevertheless determinative: " a state cannot lean on its sovereign neighbors to provide protection of its citizens’ federal constitutional rights."

But the central issue of federalism including not only states' rights but states' responsibilities raised by this opinion and litigation is one that merits close consideration.